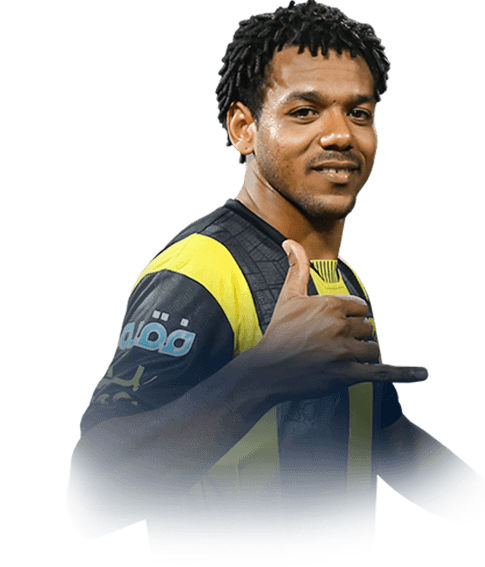 -
Sub out
Upcoming Matches
P. Chemistry
Squad chemistry
ST
92
RW
91
LW
91
CF
91
RF
91
LF
91
CAM
90
CM
83
RM
90
LM
90
CDM
66
CB
58
LB
67
LWB
70
RB
67
RWB
70
Reset
Basic
Sniper
Finisher
Deadeye
Marksman
Hawk
Artist
Architect
Powerhouse
Maestro
Engine
Sentinel
Guardian
Gladiator
Backbone
Anchor
Hunter
Catalyst
Shadow
Comments
Reviews
0
/600
Update my avatar Dos and don'ts
Top Rated
New
Controversial
Show comments
Top Reviews
Only logged in users can submit a review
A review must be written in English
At least 200 characters are required.
Compare this player to other similar players you have used(optional).
If you import your club to FUTBIN or send us an image with the player data(fill the form below) your review will be marked as verified.
Include what you liked about the player in the pros area and what you disliked about the player in the cons area.
Your review will be manually checked during the next 24 hours.
Chem Style Used
Formations
Position
Rate Player Base Stats (1-10)
Pace
5
Shooting
5
Passing
5
Dribbling
5
Defending
5
Physicality
5
Most Used In:
Submit Review

After loving his silver stars card, I was over the moon when I packed this card. I played him at right striker next to TOTS Bamford on stay forward and get in behind. This card was insane for me, averaging nearly 4 goal contributions per game in the games he's played for me so far. His face stats looked good, but when I actually looked at his in game stats I was blown away (with marksman).

The combination of 97 pace, 91 strength, 99 agility and 99 balance made him a nightmare for defenders to duel with, not to mention he's 5'9" which was meta perfection. His 99 dribbling was clear to see, as well as his 97 ball control. His shooting was extraordinary, his passing was really good as well. 98 stamina means he can go all game and you can save your super-sub for someone else. I honestly am in awe of this card, it's the most fun strike partnership I have run all year.

I wish he had 5* skills as that would top off this Brazilian "inho", but his 4* 4* caused me no problems at all. As value for money I gave him a 4 as he is quite expensive at the moment for someone in an isolated league. At this stage of the game though, you've got to try him. He out-metas opponent back lines and he is just SO DAMN FUN to use.