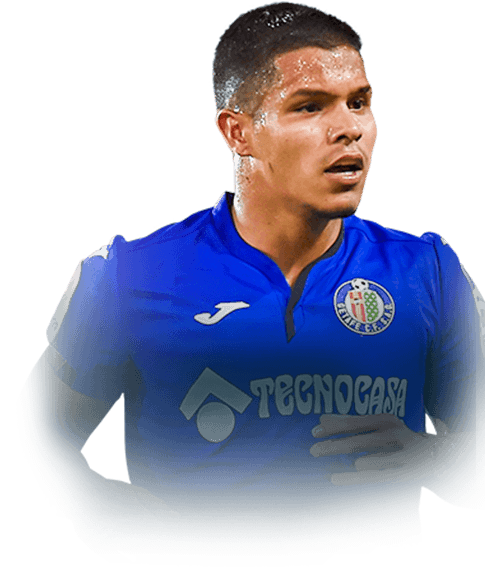 -
Sub out
Upcoming Matches
P. Chemistry
Squad chemistry
ST
92
RW
89
LW
89
CF
91
RF
91
LF
91
CAM
88
CM
81
RM
88
LM
88
CDM
70
CB
68
LB
71
LWB
72
RB
71
RWB
72
Reset
Basic
Sniper
Finisher
Deadeye
Marksman
Hawk
Artist
Architect
Powerhouse
Maestro
Engine
Sentinel
Guardian
Gladiator
Backbone
Anchor
Hunter
Catalyst
Shadow
Comments
Reviews
0
/600
Click here to verify your account in order to comment Update my avatar Dos and don'ts
Top Rated
New
Controversial
Show comments
Top Reviews
Only logged in users can submit a review
A review must be written in English
At least 200 characters are required.
Compare this player to other similar players you have used(optional).
If you import your club to FUTBIN or send us an image with the player data(fill the form below) your review will be marked as verified.
Include what you liked about the player in the pros area and what you disliked about the player in the cons area.
Your review will be manually checked during the next 24 hours.
Chem Style Used
Formations
Position
Rate Player Base Stats (1-10)
Pace
5
Shooting
5
Passing
5
Dribbling
5
Defending
5
Physicality
5
Most Used In:
Submit Review

5.0
Should you do this SBC?
36 users liked this review

So you are probably wondering if you should do this SBC. First of all, I must say that I really enjoyed this card as it fits my play style. I might also add that I might be a bit biased because I really did enjoy another Colombian Striker "Muriel 86 if" and as JUAN CAMILO HERNáNDEZ stats looked similar to those of Muriel but on steroids, it wasn't really an option to not do this SBC. A quick thing about myself and my feeling of the meta. I don't care about the meta of the game as I play for fun and don't need a shower after every game and because of this, I don't care about what a lot of people will say. "Ooo man those 3 Stars skills kill the Card because I only care about the meta and I will use Gold Mbappé all year and never try anything else because I need at least 7-star skills on my striker".

First of all, what the hell is wrong with JUAN CAMILO HERNáNDEZ left stick dribbling? It is probably one of the best if not the best I tried all fifa as his agility and balance are cracked as hell. Furthermore, he has a fight in him as he always tries to get the ball back from defenders if he loses a ball. This is possible because EA decided it would be a good idea to give him 99 strength with a Marksman and 94 strength on a basic Chemistry Style. Let's not even talk about his pace or shooting, yes he is fast and yes he can score a load of goals as you would expect him to do with those kinds of stats. I played him for 16 games now and he scored 22 times and had 9 assist as well. His passing isn't the best but let's be real for a striker the only thing that really matters a lot is the short passing (91 on basic) and as you would expect from those stats he can pass the ball well. The thing that surprised me the most was that he scored 3 Headers as he launches himself very high for his small height. I would have liked it if he maybe had some more traits but it won't take away from the card it is still awesome. All in all, I can recommend the card, and if you would like to try a similar card first go buy yourself a 86 rated if Muriel and imagine him faster, stronger and with only 3-star skills instead of 4 like Muriel has. Both cards have the same simple play style in my opinion just through ball it, do some simple skills and score. The best thing about him is for sure is he easily linkable to other players in your main team because let's be honest the La Liga tots was way better than the Premier League tots and I can imagine many people will have La Liga squads at this point in time. I played him together as a striker with 93 Hazard and they did very well together. I haven't tried him yet as a solo striker but I will for sure in the future. Hope all of you are well and not sweaty or salty this Weekend league.

PS: let me please score a load of goals with him this Weekend League.

Rating: you decide for yourself but for me in this stage of fifa a solid 10 out of 10

Defending Rating: see for yourself

Simply cracked. If you're not a skiller and you're just looking a for a striker who can finish it all, he's the perfect man for the job. His longshots are quite decent. He's pacy (with basic chem style 99 in both stats). His dribbling is just amazing. I would say the only downside to this card would be the Curve, he's not so good with finesse shots. Although is passing is good for a striker. And he's quite strong, has decent Strenght and Agression Stats.

3*WF, which is not really a con if you're not a skiller