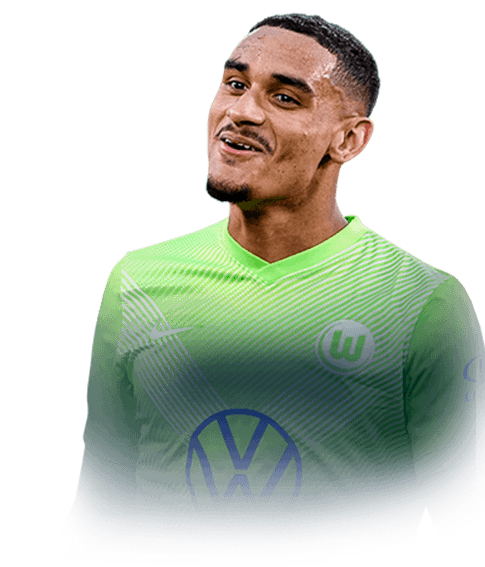 Lacroix is one of the best defenders I have used this year. He is a mixture of Flashback Boateng and Varane's pace. His 6"3' height and body type makes him appear very stocky and filling in the pitch, often allowing him to occupy large space in and out of the box. Although the lack of acceleration corresponding to his height might create issues from time to time, a shadow chemistry style compensates for this, simultaneously increasing his sprint speed for situations of get in behind strikers. His physical strength is great, his tackles are solid. However, I find his defensive positioning very unfamiliar to Dias, Varane, or Van Dijk. He is usually positioned as a left back would be if played at CB (unfortunate meta). All in all, Lacroix has the pace, the strength, and the very good defensive stats to handle most attackers, however TOTY Mbappe, CR7 or Stupendously meta sticky-dribbling attackers tend to push his limits, and out-do him.

I was lucky enough to get his card in my red picks and was excited to use him with Tapsoba but he wasn't as good as I expected him to be he wasn't as quick as his card said he was (but he was still decently quick). He is a good height to win headers and win slide tackles but his positioning lets him down. Sometimes he is in a very good position to intercept the pass or to tackle the player but he usually drifts off to the left side of the pitch so then Davies would have to cover his position and it would leave my defence open as I need Davies for his pace at LB so he could stop the crosses coming in but Lacroix doesn't have the pace to be out on the wings defending. His strength was really good because no one could out strengthen him. If you are going to use this Lacroix card I would recommend using him at a left centre back position in a 5 or 3 at the back formation as this will allow him to drift out onto the wings and your defence wont be exposed when he does as there will be more players back. He has 98 short passing so he easily got out of high pressure situations that other centre backs wouldn't be able to avoid.