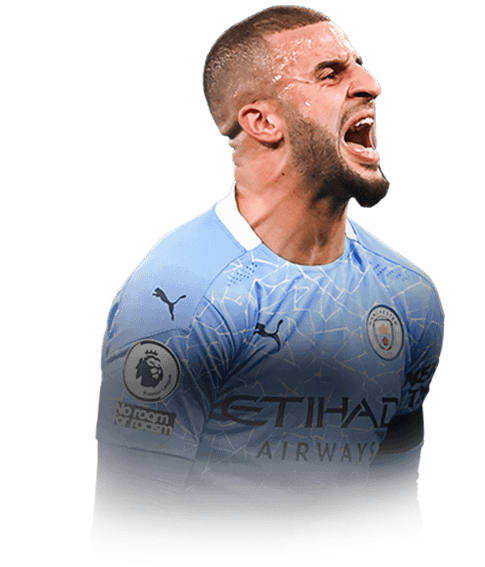 I don't know what you're doing reading this review and not doing kyle walker showdown.

I did this sbc in the first 3 minutes that I had it available, I could not miss the opportunity to have a top defender like kyle walker in my team and I do not regret it at all

It feels a bit fat turning with the ball but it makes up for it with incredible steals and better defensive animations than varane tots.

Physically he is a war bull, I played 2 games against lukaku tots and in 9/9 fights, lukaku went straight to his house.

I can safely say that he is the best defender I have ever tried in this game and I will definitely not stop using him for the rest of FIFA 21.

It is difficult for him to turn with the ball

I think we all saw this card and checked the price instantly to see if he was expensive or not. And when we saw that he was less than 300k just knew we were in for a bad weekend (or good if you have him). He is a deadly rb (or cb if you're a bit of a sweat) and his interceptions are actually crazy, he makes so many good tackles and can easily outpace players like mbappe, salah, sterling etc... If you don't get this card and manchester city win the ucl (you might see this when they have already won or lost) then you're missing out on a CRAZYYY card. Being realistic, his 90 rated card should be a 400k+ card, if he becomes 92 then he should be easily a 600/700k+ card. Think back to his TOTW cb card which was worth so much not long ago and when this card came out was literally only 100k less than him; and just under 2 months ago was 500k (or double the price of this). And we all know the pain that you have to go through against that god. I am a city fan so i always do city sbcs anyway (unless your aguero and ur worth like 800k) and so I was expecting this card at some point/ some sought of Manchester City player for the UCL showdown. And this was such a good card to come out even without the upgrade (which of course city will win anyways).

I'm rating this card a 9.7/10, maybe just missing the agility/ balance, and the sm/ wf. Other than that he is the perfect rb and if you do play him cb then he is literally the perfect cb with 0 cons except the 7 chemistry con (however I hope not the entire community does this as it's just a bit dead and kinda makes the game boring for others).

I'm generally pretty bad at fifa, think i've only got gold 3 once this year lol. I've had to resort to RAT tactics recently and bring back my untradeable Varane and Mendy because TOTS Luke Shaw and WhatIf Smalling couldn't cut it. My team is not great but when I saw Kyle Walker with whack stats I knew I had to do him, thinking maybe maybe he could help me out in defence.

I'm using him with sentinel to max out his defending in this squad (https://www.futbin.com/21/squad/8526238) and he has been really solid as a CB, his pace is definitely felt and he turns pretty quick. For me, even on 7 chem I'm finding him to be one of the best CB's I've used. His most notable trait is his animations, the ridiculous AI blocks and also the sheer length his legs can stretch to intercept passes or shots, he feels like a smaller, weaker and faster Varane.

The big test will be this weekend league, if I can stop letting in so many goals I may be able to get gold 3 again for some decent rewards

Height as a CB

Positioning is sometimes off