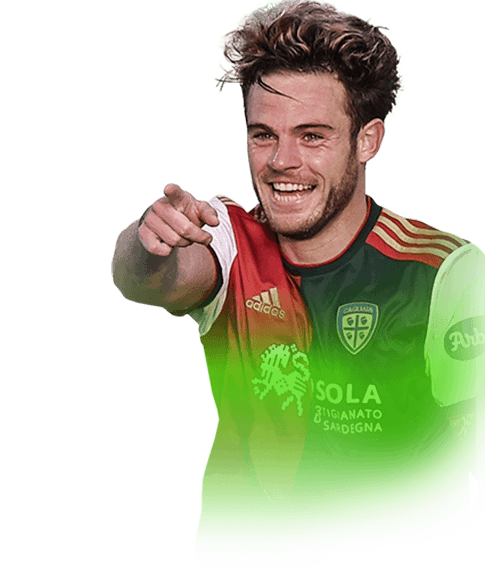 I packed him in one of the milestones packs so I decided to give him a chance since I can fit any midfielder with 8 chem.

i got surprised, a lot.

price (atm of review) 37k, I mean you can buy him with rank 4 rewards, a very cheap price.

Pace: 9.5/10 absolutely perfect, the pace stats plus height and normal body type makes him a menace attacking and returning back inmediatly

Shooting: 8.6/10 its actually pretty good, but obviously the 3wf affects a lot in his left foot shootings, not his passes tho,

Passing 9.7/10 when i saw only 86 passes i thought his passing ability was going to be average, thank god i was wrong, he has a directed missile in both of his legs, even the left one, 86 long passing felt like 91-92

Dribbling 9/10 the only reason this is not higher is because of the 3 star skill moves, his turns are very agile and rapid but he can't do croquetas or bervatobs spins (which i use a lot in the midfield, especially croqueta cancel)

Defence 9.8/10 he is a damn tornado in the midfield, i am not kidding when i say he recovers the ball and intercepts the passes all by himself, literally amazing

Physical 8.9/10 higher if it wasnt of his small height, but even despite that he fights the ball and feel the badge