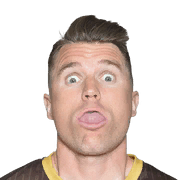 3
Sub out
Upcoming Matches
P. Chemistry
Squad chemistry
ST
61
RW
55
LW
55
CF
59
RF
59
LF
59
CAM
59
CM
61
RM
57
LM
57
CDM
60
CB
60
LB
52
LWB
53
RB
52
RWB
53
Reset
Basic
Sniper
Finisher
Deadeye
Marksman
Hawk
Artist
Architect
Powerhouse
Maestro
Engine
Sentinel
Guardian
Gladiator
Backbone
Anchor
Hunter
Catalyst
Shadow
Comments
Reviews
0
/600
Click here to verify your account in order to comment Update my avatar Dos and don'ts
Top Rated
New
Controversial
Show comments
Top Reviews
Only logged in users can submit a review
A review must be written in English
At least 200 characters are required.
Compare this player to other similar players you have used(optional).
If you import your club to FUTBIN or send us an image with the player data(fill the form below) your review will be marked as verified.
Include what you liked about the player in the pros area and what you disliked about the player in the cons area.
Your review will be manually checked during the next 24 hours.
Chem Style Used
Formations
Position
Rate Player Base Stats (1-10)
Pace
5
Shooting
5
Passing
5
Dribbling
5
Defending
5
Physicality
5
Most Used In:
Submit Review

Where do I even begin? Ok, so first of all this man in the midfield with my mid gullit makes the best possible combo in the game. He is an actual anchor of the midfield with the 83 strength and 30 pace. And this man's tackling it is truly something else.

I'm normally a silver 1 player but with this beast in my team I managed to get elite 2 this weekend. I also climbed my way to division 1 and he is bullying the pogbas and kantes there too. I don't really know what else is there to say about this beautiful man. You must get him into your team now!!!!

The best striker i have ever used. There isn much to say other than that his face makes the defenders run away screaming, so u can just run into the goal with the ball.

Makes defenders run away from him

When people meet this guy in a match they leave the game faster than Adama Traore's pace.

He works great ingame as a supersub or at the starting team.

The legend says that if you use him in the bench or at the starting team your pack luck and wins will increase by 30% so buy him RIGHT NOW.

He scores he defends he tackles in success everything proofs that he is a GOAT. He is 100% worth the money!

I will describe him With 3 WORDS: GOAT, LEGEND and BEAST.

He has some sick stats, just check out the physics: Agression, Strenght and Jumping. He is soo tall and has a goated jumping so if you use him he will head multiple goals for you.

Use him in fut champs and he will carry your team and get you to high rewards.

TOTAL Beast except one thing which is his Agility, this is one prblem but it is still worth the profile pic, the stats and the other advanteges.. !!