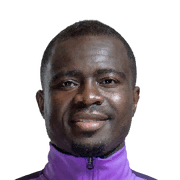 5
Sub out
Upcoming Matches
P. Chemistry
Squad chemistry
ST
76
RW
78
LW
78
CF
77
RF
77
LF
77
CAM
77
CM
72
RM
78
LM
78
CDM
64
CB
58
LB
65
LWB
67
RB
65
RWB
67
Reset
Basic
Sniper
Finisher
Deadeye
Marksman
Hawk
Artist
Architect
Powerhouse
Maestro
Engine
Sentinel
Guardian
Gladiator
Backbone
Anchor
Hunter
Catalyst
Shadow
Comments
Reviews
0
/600
Update my avatar Dos and don'ts
Top Rated
New
Controversial
Show comments
Top Reviews
Only logged in users can submit a review
A review must be written in English
At least 200 characters are required.
Compare this player to other similar players you have used(optional).
If you import your club to FUTBIN or send us an image with the player data(fill the form below) your review will be marked as verified.
Include what you liked about the player in the pros area and what you disliked about the player in the cons area.
Your review will be manually checked during the next 24 hours.
Chem Style Used
Formations
Position
Rate Player Base Stats (1-10)
Pace
5
Shooting
5
Passing
5
Dribbling
5
Defending
5
Physicality
5
Most Used In:
Submit Review

So good at dribbling, shooting and his speed combined with his height is pure madness.

I got him in a pack and nearly put him in a SBC but luckily I came to my senses. He is unbelievable, he can destory any defender just like that, I played him in a 4 2 2 2 in game formation with him up front with Ziyech and he was the one on get in behind. Ziyech's magical left foot would always put him in behind and he will always finish.

Finishing! Just one tap in the box with him and his accuracy is beautiful

He is only a 76 rated card. Why is he so good? A deep dive into this card and FUTBIN's filters tells the story. At 2021 game release, his stat profile is ONLY shared by three of the very best icons and one guy from Egypt. The key stats are:

Who shares this stat profile with Frank? ONLY Pele, Eusebio, Maradona and Mo Salah.

He also has 91 stamina, and H/L. His body type, height and weight play a role as well. He is 5'6 (maradona is 5'5) and is the lightest player of the five aforementioned players, and is the only one with a short/lean body type.

Finally, in terms of a super sub he is unmatched. Frank's defensive stats, pace, balance, and strength are helpful at end game when you are using him to not only score but run down a break. For example, with basis chem his tackling goes to 64 (same as De Bruyne, Naby Keita and Sabitzer). While he can't tackle like Kante, Frank the Tank has the pace to actually catch the breakaway and either make a tackle or a hateful take-down foul.

If you choose to start him for the stat boosts, he can be hard to link, but you can work him into a Brazil or CSL hybrid. He has no perfect links and the only useable green links for me are Essien, Jonathon, the highest rated silver in the game, Wakaso, and the other CSL Ghana Striker Boateng.

Composure and weak foot; however, his physicals work to get him so clear to goal these don't matter as much.

Holy moly, what a card. I can see why EA didn't give him an IF last month despite having 2 braces in October. He would just be torture for the opponent.

I discovered this guy right at the start of the game. I remembered his FIFA 20 card and searched him, then picked him up for 800 coins. And since then, he just scores and scores and scores. He helped me get wins in my placement matches, and I had so much fun using him until I got a better team and I had to put him on the bench. And he didn't care if I did. This guy came off the bench in around the 70th minute and helped me turn around so many results or just score some more goals to keep that win for me. His pace is something out of this world, one through ball to him and if he is in the correct positions the opposing CB's will see him zooming like a rocket, without being able to do anything, If the fullbacks aren't there, It's over. He bangs them in effortlessly and so accurately it's amazing. He can dribble in the opponent's box until they get dizzy, and he has so much stamina it's mindblowing. Basically, he can just about do anything. If he doesn't get a special card, this version right here will never leave my bench. He will stay on it for the rest of the year. even when he doesn't score goals, Frank the Tank feeds my other striker with important assists.