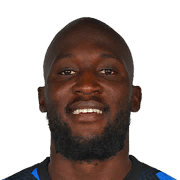 His real-life stats are currently 1 goals and 1 assists in 3 matches in domestic competition. He also received 0 yellow cards and 0 red cards.

He's quite honestly a decent striker for this stage of the game, a hunter chem style takes him to another level in terms of being usable. He plays as a lone striker in a 4231 and can play well with agile CAMs. I do feel that you have to adapt your play style around him, or if you enjoy slower, more clinical strikers like Suarez or Kane, then this guy is a very good budget card. He's good in the air, which is always nice because you have the option to cross it to him. I was pleasantly surprised when picking him up and actually enjoying his card.

Finishing - doesn't miss very often, and is a machine when put in the right situations

Physicality - very good when it comes to being shoulder to shoulder running down a through ball, he usually just bodies the CB.

Dribbling - I mean, the guy isn't Messi or anything, but it's annoying trying to maneuver with the ball in the box

Passing - can play an easy through ball or normal pass, but won't be stringing together passes

Pace: Although his face card has average pace with a hunter he feels very quick and with his strength he is able to hold off faster defenders on the through ball.

Shooting: Lukaku can finish from anywhere. Long shots are questionable but not a core part of his game. Very strong when backing into defender, turning and getting a shot off.

Dribbling: Feels like a truck but dribbling is not the core of his game so the lack of dribbling has minimal effect.

Passing: Surprisingly strong passing with 35 assists for me. He can draw a defender and get a cheeky through ball past for the CAM to finish.

Physicality: What more can I say than that Lukaku is a beast. Incredibly strong and hard to defend against one on one with a weaker defender (Alaba, Hernandez etc.)

Creation of CAM chances on goal

Pace - Slow compared to other strikers but useable

Alright, ok so i am by no means a brilliant fifa player, im your average free to play player who messes around but also tries to win. I thought id do futbin reviews for cheaper players that not yo sweaty people use, like big rom. He is a Genuine beast. He feels quick ands turns not too bad, he is so powerful in his movement and is always in the right place at the right time, also he never fails to finish his dinner, he is the perfect striker however can sometimes , but rarely , turns like a truck but also his lack of skills can let him down and maybe the balance, his passing is what it says on the packet - decent. Overall he's a very fun and able striker to use, he is big and fast and fails to miss. Give him a try even bring him off the bench especially for the bargain price.