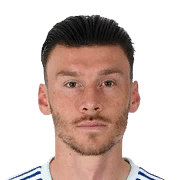 11
Sub out
Upcoming Matches
P. Chemistry
Squad chemistry
ST
69
RW
64
LW
64
CF
66
RF
66
LF
66
CAM
63
CM
60
RM
65
LM
65
CDM
56
CB
57
LB
57
LWB
57
RB
57
RWB
57
Reset
Basic
Sniper
Finisher
Deadeye
Marksman
Hawk
Artist
Architect
Powerhouse
Maestro
Engine
Sentinel
Guardian
Gladiator
Backbone
Anchor
Hunter
Catalyst
Shadow
Comments
Reviews
0
/600
Update my avatar Dos and don'ts
Top Rated
New
Controversial
Show comments
Top Reviews
Only logged in users can submit a review
A review must be written in English
At least 200 characters are required.
Compare this player to other similar players you have used(optional).
If you import your club to FUTBIN or send us an image with the player data(fill the form below) your review will be marked as verified.
Include what you liked about the player in the pros area and what you disliked about the player in the cons area.
Your review will be manually checked during the next 24 hours.
Chem Style Used
Formations
Position
Rate Player Base Stats (1-10)
Pace
5
Shooting
5
Passing
5
Dribbling
5
Defending
5
Physicality
5
Most Used In:
Submit Review

One weekend I decided to play FUT Champs with a full Cardiff City team as they are the club that I support. I'm probably around a Gold 2 player on average and wasn't expecting much from the weekend except a few wins. I then loaded into my first game of Champs for the weekend and won 3-0, with Moore scoring on his debut. By the end of the Friday I was 1-2, with Moore having scored 1 goal in 3 games. However going into Saturday I was optimistic, and this was when Moore turned into a beast for me. It just seemed like he couldn't miss, he scored 11 goals in 9 games, bullying defences in the air and smashing chances home with the ball at his feet. This put me 5-7 going into Sunday which is a lot better than I imagined it going, however Sunday wasn't as good for Kieffer as the goals started to dry up and other players in the squad scoring more than him. Nevertheless he still scored 10 goals out of 17 matches and was a big part in helping me finish 14-14, which was much better than I ever envisaged the weekend going. Kieffer always scored when you needed him the most and was overall a fun card to use.

++ Shooting, his finishing on his right foot was actually very good with a hunter and he managed to smash it in when he had the ball inside the box.

++ Heading, obviously with a 6'5" striker he's going to be an aerial threat, and he won most headers, not scoring a lot of them from open play but still scoring a decent amount considering how heading is like in general on FIFA.

++ Strength, you could really tell he has 88 strength while using the card as his height and strength made him really good at holding the ball and actually helped him make runs as it was hard for defenders to tackle him with his body size.

+ Pace (with a Hunter), Not as slow as you would think for a player of his style, but could actually make runs in behind and score them sometimes as his 85 pace with a Hunter and his strength combined made it hard for defenders to win the ball off him.

-- Agility and Balance, yeah he didn't turn very well and I had to adapt to that very quickly as he can't move around people like say Rulebreakers Teixeira or anything so you would be better off just holding up the ball and waiting for options to play to than try to run around defenders.

-- 3* weak foot, the weak foot was quite annoying as you could't really shoot on his left unless it was a real tap in as it usually ended up being a slow p-roller and didn't threaten the goal, same with passing on his left for build-up play, only really use the left for very short passes in space.

--Passing, his passing was poor, could only really make simple passes which wasn't terrible I mean because his job was only to score goals really but would've been handy in linkup play as well.