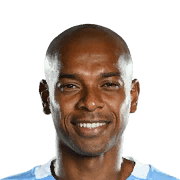 Soooooooooooooooooooooooo.... 4th day using him after packing him from EA early access (ik i dont remember the correct term for it), and he's OP! firstly i wasn't too impressed given the fact i needed a midfielder, but i decided to give him a try. 2nd game i play with him and he dictates the entire match. He cut down TOTW ben yedder like he was play-doh and launched impressive balls forward on the counter. After using so many TOTS CBs in FUT 20, any CB at fut 21 feels slow and he was no differnt. However with someone like Joe Gomez alongside him this duo is well OP up until Futmas His defending and strength are second to none, and i've tried out Eric Laporte and pique too..

IMO? BIN him ASAP before 9th since that's when he'll skyrocket.