Hello, welcome to my review of Fabregas. He is an absolute beast and I always had wanted a usable card of him. And this is not usable... it’s AMAZING, really good card, with good pace, good long shots and really good passes, I would dare to say he is the best passer in the game, the only problem could be his defense and phisicality, but I actually expected him to have low stamina, but he doesn’t so he won’t get tired so much.

They upgraded him a lot In pace and has really good pace for CM, he has an amazing acceleration but maybe his sprint speed is a little problem even with shadow. The good thing is he has short and lean- body so he feels fast

He has good shots, specially long ones, you could actually use him as a CAM with hunter, he also has good penalties and maybe for me the only problem is sometimes his 3* wf but as I have said a lot of times it only feels sometimes

He is amazing, as I said he probably is the best passer in the game(at the moment) and he will rarely miss a pass. He is an absolute GOAT passing and he can even take free kicks. I just don’t put 10 because of his weak foot as his left foot miss soemtimes(still they are accurate)

He has some nice dribbling stats and they also upgraded his balance and agility. He may not be Mbappe but he controls really good the ball and that short and lean- makes him really agile

He also has good defending stats and his Defensive Awareness is quite high, he will also have nice interceptions. It actually feels really good defending but I put 8 because there is a really bad con. His low defending work rate makes him sometimes to be out of position but I tried putting him to stay down while attacking and he actually works good. But obviously the problem then is that he won’t attack so much as he has med attacking work rate.

As I said EA fortunately upgrade him a lot his stamina as his normal card had really bad stamina. He doesn’t get tired so much but you may need to change him at minute 72+. But his strength isn’t that bad so he won’t be so easy to body

Best passer in the game

Short and Lean- (For me it’s good)

Strength could be a little better 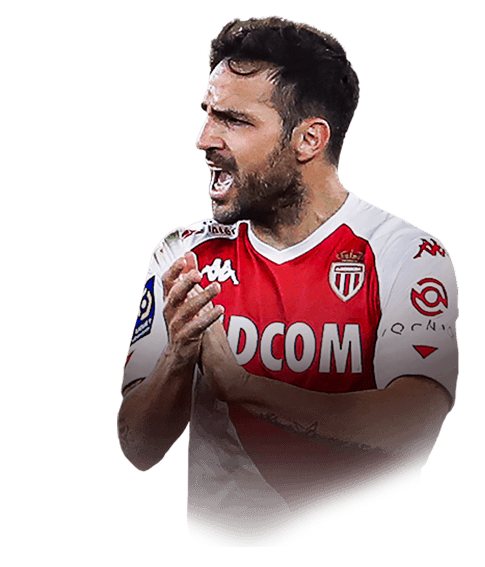 Cracked him in one of the SBC's as an untradeable and weaseled him into my team, which is a bit of an eye sore but it's fun! His passing and dribbling stand out, through balls and long passing is insane so he literally can set anyone up for a run on goal. Noticeably a big player in game size wise and his defending is okay for a CM so he fairs well there. I gave him hunter for pace and s...
Read full review

Hi first review from me, have been wanting to do one for a while and this card was a good opportunity.A lot of people will want this Cesc card because it's Cesc, and for them he is absolutely worth it BUT for anyone else wanting a complete CM with great links I would also 100% recommend him.He plays CM in 442 for me and his passing is just something else without any boost - I play him with a shadow ...
Read full review

I really enjoy this card his passing is amazing i personally use a maostro on him and play him at CAM if u can fit him into your team he is a great purchase one of the best cards ive ever used.
Read full review
0
/600
Update my avatar Dos and don'ts
Top Rated
New
Controversial
Show comments