Firstly, a disclaimer, he isn't for everyone, he is only for those select elite players who know how to use players other than Neymar or Rashford. Right, onto the review!

He is a beast, he finishes everything inside the box, longshots could be a bit better at 76 but he is more of an in the box poaching striker. His finishing is sublime, this goes hand in hand with the 90 shot power resulting in top corner rockets everytime. I noticed the 3 star weak foot at some times but it was not a problem most of the time, felt more like a 4*. Wout's main attribute is definately his height and physicality, he can shove off and outjump Van Dijk with his towering height of 6 foot 6 inches. Whilst I was using him, I discovered something that works to Wout's advantage, Bridging. I know what you're saying, bridging is arguably the meta skill move of FUT21, but it is normally executed and perfected with fast players like Mbappe or Neymar, I introduce, the Wout bridge. Where Wout lacks in speed on his bridging, he excells in strength and agression, playing the ball infront of himself and then bodying the CB like it was nothing works 9 times out of 10, then bang it across goal beating the keeper 10 times out of 10. His passing is average for a striker, I am not going to lie but he does have a very consistant short pass, so if you find yourself on the halfway line with Wout, do not go for the long ball, just pass and go. I played him alongside Joao Victor FUT Freeze and UEL Quincny Promes who made up for the lack of agility coming from Wout. Let me get something straight, do not try and left stick dribble through the opponent's defence, he will fall on his arse. His 91 reactions and 87 ball control make him a threat when recieving the ball, just turn and shoot it works every time. Finally, his heading is ridiculous, I think he is the best header in Fifa 21, his height is 6 foot 6, his jumping with a hawk is 94 and his base heading accuracy is 99, corners can always be won unless the keeper comes out. No, he cannot outjump a keeper, I tried many, many times.

In conclusion, Wout Weghorst is not for everyone, I would not personally recommend him if you want to go 30-0 in FUT Champs, as much as I am against the meta, this is just a fun card. He can be used in such a way that he absolutely destroys everyone he comes up against, he is just a change of pace, also, scoring with him is extremely satisfiying. I used a Hawk with him to boost pace, longshots and physicality to basically max it out. I played 4 games of Division Rivals (DIV 3) and scored 8 goals with 2 assists. 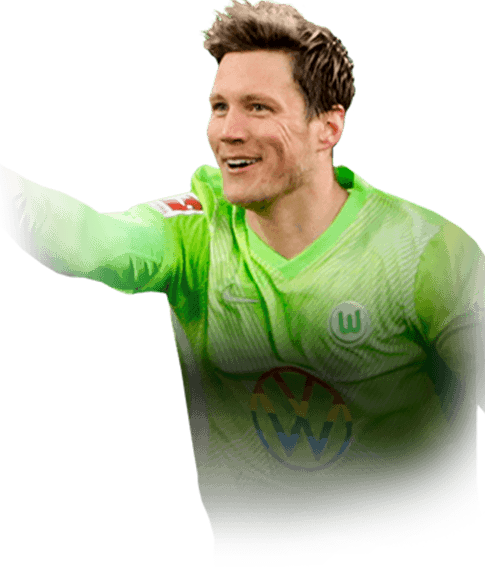 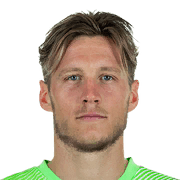 Hello,Ive used him now for over 100 games with 212 goals and 40 assist atleast.He s just been amazing for me. His height and strength really is something. Mbappe always knows to score 1 or 2 goals in the game (we all know how), but on his own way wout has been doing exactly that. Even if you didn't see him till the 80th minut, watch him score a hattrick in the last 10 minuts of game play maki...
Read full review
0
/600
Update my avatar Dos and don'ts
Top Rated
New
Controversial
Show comments