As usual, thank you for reading. I'm always open to questions and/or feedback.

I'm going to start this review with two players of note, 99 Pele and 97 TOTY Mbappe. Why am I naming these two guys? Well, if you search Hwang Hee Chan's attributes, those two players are the only two players that can match Chan's bas attributes. Their cost? Pele = 15,000,000 and Mbappe is sitting at just above 4,500,000. Chan? Around 70,000 coins. Am I saying he's as good as those two, no. I'm not mental. What I am saying though is that Chan is so much better than what he is selling for on the market. And this point benefits anyone who wants to use this guy. Oh and his parting piece, 5* weak foot. Don't be afraid of his 3* skill moves. As I'm about to cover below, he doesn't need 4* or 5* to be very good. Last bit here, he is absolutely deadly with the one-two passing.

To get the most out of Chan, I would recommend using the finisher chemistry card. Finisher maxes out his finishing and his agility and dribbling.

He's fast. 96 Acceleration and 95 sprint speed with 99 agility, what do you expect, a truck? He changes directions very quickly and can stop and go in a flash. He's one of the quickest RB dribblers I've used this year.

Simply put, he's going to score a lot, and I mean a lot of goals for you. With finisher, he has 93 positioning, 99 finishing, 93 shot power, 80 long shots, 94 volleys and 86 penalties. I was a bit nervous of his 80 long shots, but I found that unless you're trying to score from 40 yards out he can shoot from the top of the box no problem due to his finishing and power. Also, due to his ability to get behind, his smart runs and his dribbling ability he can get close enough to score with ease. And speaking of runs, he doesn't make the generic runs that plague many of the strikers in this game. I found him to constantly be looking for open spaces to get in to. Shots with both feet are consistent. Unlike other cards, there doesn't feel to be any let down on shooting with his left foot.

89 vision, 86 and 74 long pass. Nothing there that blows you away, but I found his passing to be a bit on the surprising side. Not only could he consistently make the passes I needed him to, but more often than not his pass placement and pass weight were very good. Although he has a low curve, I believe his high vision makes his passing ability to stand out.

Well, 99 agility, 87 balance, 85 ball control and 99 dribbling. The guy can dribble. Is he a Headliners Ben Yedder, no, but he's close. I had no problems pulling off skill moves with him. He felt good on the ball and smooth. If I was nitpicking, I feel he could've had higher ball control. Although, if his ball control was in the 90s, he'd be nearly undefendable.

Not good. He can press well due to his speed and agility. He will make the occasional tackle but don't expect him to drop back and be a wall.

This category is my only real complain about this card. 94 jumping (he's 5' 10") 84 stamina, 78 strength and 64 aggression. I don't see the point of giving him 94 jumping. That's not the player he is in real life and it's useless to have that in this game. His stamina was enough to last a full 90. Would have been nice to have his stamina at 90+ with how far we are in the game. But EA seems intent on keeping every player below 90. I found his aggression to be acceptable. He won his share of 50/50s. It was nothing impressive, nothing disappointing. What was a little bit disappointing was his strength. His card shows 78 but it felt more like 68. Was his strength a hinderance, no. But it would have been amazing to have that pace, that dribbling ability and that shooting ability to be matched with good strength.

If you have a Bundesliga team, buy this card. You won't be disappointed unless you're the type that spams skill moves. He's not only a ton of fun to use but he's also extremely good. I guarantee if this card was in the Premier League, he would cost at minimum 300,000. My basis for that? Record Breaker Jamie Vardy. Chan is a better version of that card. Better pace, better agility, better passing and oh, don't forget, 5* weak foot.

Sorry for the coloring, not sure why that is on here.

-Shooting with either foot 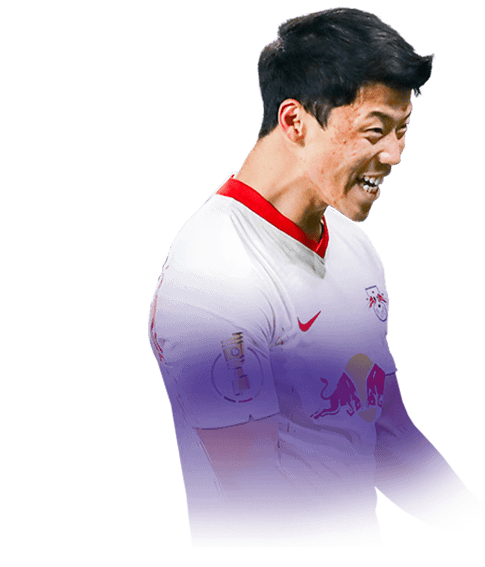 Let me start like this. I hated to play with his 77 rated card. So I was kinda mixed about packing him about 5 minutes after his release. On one hand, I was happy I packed someone, on the other hand, I had very bad memories with him. Either way, I have decided to give him a chance in the Weekend League. I just finished the 7th match with him and I really like this card....
Read full review

Came on FIFA at 6 saw this Hwang Hee Chan and jizzed my pants. Tbf I thought this sexy beast would be like 2mil and was shocked to see him at 100k!I saw that and went and sold my kidney on the black market coz I'm poor and bang i have this little magician upfront with Podolski.I played my first game with him and fucking heel this guy just bullies ppl. I thought he'd be a little slippery snake and I was scared ...
Read full review 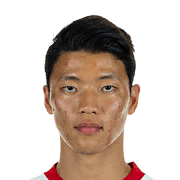