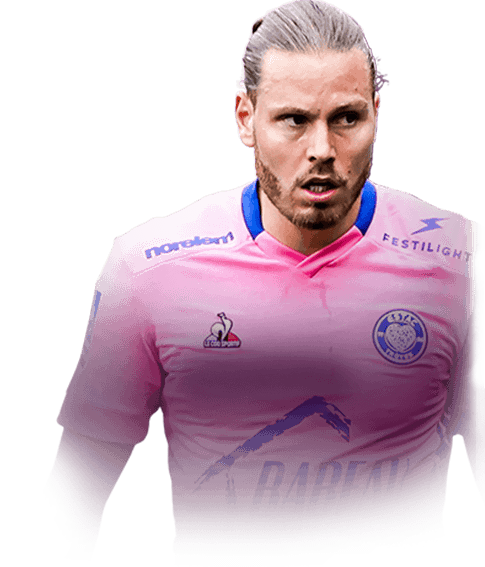 10
Sub out
Upcoming Matches
P. Chemistry
Squad chemistry
ST
84
RW
82
LW
82
CF
83
RF
83
LF
83
CAM
82
CM
82
RM
82
LM
82
CDM
81
CB
80
LB
81
LWB
81
RB
81
RWB
81
Reset
Basic
Sniper
Finisher
Deadeye
Marksman
Hawk
Artist
Architect
Powerhouse
Maestro
Engine
Sentinel
Guardian
Gladiator
Backbone
Anchor
Hunter
Catalyst
Shadow
Comments
Reviews
0
/600
Click here to verify your account in order to comment Update my avatar Dos and don'ts
Top Rated
New
Controversial
Show comments
Top Reviews
Only logged in users can submit a review
A review must be written in English
At least 200 characters are required.
Compare this player to other similar players you have used(optional).
If you import your club to FUTBIN or send us an image with the player data(fill the form below) your review will be marked as verified.
Include what you liked about the player in the pros area and what you disliked about the player in the cons area.
Your review will be manually checked during the next 24 hours.
Chem Style Used
Formations
Position
Rate Player Base Stats (1-10)
Pace
5
Shooting
5
Passing
5
Dribbling
5
Defending
5
Physicality
5
Most Used In:
Submit Review

When I firstly saw this card I thought he is shit. Then I look again and I noticed he is almost in Gullit Gang. I have tried him in division rivals [Division 2] and he was so good. I have played in 4-4-2 formation and he was CM next to Kante. I played 7 games and he scored 2 goals and made 3 assists. Great value for this card. You need to try him. If you need to link untradeable Messi, Neymar or Mbappe, and you have low budget then buy him. Best way to spend 20k actually.

This weekend i decided to use ripart in the weekend league as pogba was becoming useless and this card was only 20k and looked class, paired him up with tchounrmi and was one of the best cms i have used so far. super card as a dm/cm and would recommend him intead of the potm fofana because of the huge price difference for a very similar player who is also easier to link

I was thinking about doing the fofana Sbc and playing him at 7 Chem in every Squad but then I saw Ripart had similar stats and tried him for my Team in this Weekend League,

He has great physicality & finishing

His Defensive Work was excellent he intercepted passes, held of players with his strength & sometimes won his 1vs1 Duells vs Players with higher pace than him (Dembele,Mbappe,Vinicius)

His Pace, Agility & Passing are ok, I thought he would turn really slow (compared to other CM’s)

but his pace & agility is good enough to make space for himself, his Passing compared to his Center Partner Kante was decent aswell