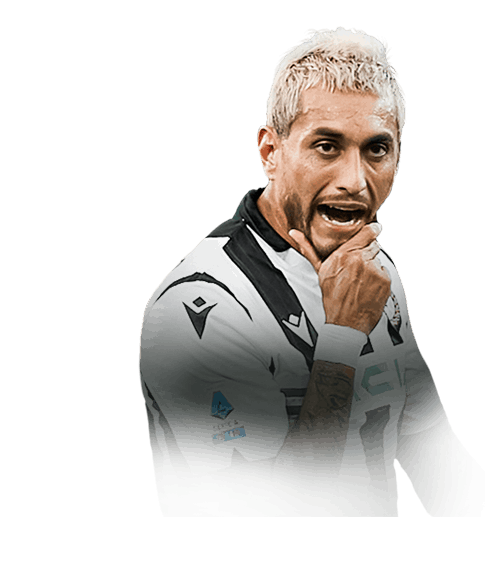 0
Sub out
Upcoming Matches
P. Chemistry
Squad chemistry
ST
90
RW
94
LW
94
CF
93
RF
93
LF
93
CAM
94
CM
94
RM
95
LM
95
CDM
93
CB
90
LB
94
LWB
95
RB
94
RWB
95
Reset
Basic
Sniper
Finisher
Deadeye
Marksman
Hawk
Artist
Architect
Powerhouse
Maestro
Engine
Sentinel
Guardian
Gladiator
Backbone
Anchor
Hunter
Catalyst
Shadow
Comments
Reviews
0
/600
Click here to verify your account in order to comment Update my avatar Dos and don'ts
Top Rated
New
Controversial
Show comments
Top Reviews
Only logged in users can submit a review
A review must be written in English
At least 200 characters are required.
Compare this player to other similar players you have used(optional).
If you import your club to FUTBIN or send us an image with the player data(fill the form below) your review will be marked as verified.
Include what you liked about the player in the pros area and what you disliked about the player in the cons area.
Your review will be manually checked during the next 24 hours.
Chem Style Used
Formations
Position
Rate Player Base Stats (1-10)
Pace
5
Shooting
5
Passing
5
Dribbling
5
Defending
5
Physicality
5
Most Used In:
Submit Review

Now that I've managed to play a full WL with this card ( qualis and finals ), I felt like I simply needed to post my first ever review on this page, because this card has really really surprised me.

I've seen Pereyra on the market for a little over 100k on the first day and I've decided to give him a try for the quals. I've been using Theo for 2 weeks now and thought to myself, If I can save 500k coins, why not? My expectations generally weren't very high, because these endgame cards tend to have fake stats all round, which I've assumed is the deal with Pereyra, since he was so cheap on day 1. After a couple of games, I was fully sold. After the qualis, I've just sold my TOTS Theo, because I didn't see any point in starting him over this lovely Pereyra card.

Now onto the gameplay stuff :

I've used Pereyra in 30 games total in the LB spot in 4222 formation with Sentinel chemstyle. Also tried using him as a CM with Hawk chemstyle, swapping him in-game with Shapeshifter Spinazzola who I also use regularly. Personally, I don't see a point doing that. Spinazzola has more presence in the midfield and I feel like he is kinda wasted on the LB spot. That being said, I definitely recommend giving this card a go if you need a endgame LB and your budget isn't endless. He could also be a very viable option in a 352 system, which is pretty popular this year, although I'm not a huge fan of the formation and haven't used him there.

Pereyra already has pretty much maxed out pace and he definitely feels like that in game, even in bad gameplay, he feels super quick and is easily catching up to pretty much every player currently in this game. I'd give his pace a 10/10. Yes, it's 98, not a 99, but who cares?

In terms of dribbling - he feels amazing on the ball. Pretty much the same as Cuadrado as they are very very similiar players. The skill moves come off very nicely with him as well and suit my playstyle a lot. Having the option to use skills in the backline, when for example being pressed is definitely a huge advantage. His skill move ability together with his very very solid left stick dribbling make him an amazing ball carrier from the back line. He never felt clunky even despite having some reserve in his agility and balance, probably due to his lean body type. Just don't over-complicate is and don't expect Neymar-esque dribbling. Cuadrado is a little better dribbler than this Pereyra card. 9.8/10

Unforunately, I can't comment on his shooting very much. As I've said - used him as a midfielder in a couple of games and he managed to net 2 goals, but those were both tap-ins. Harry Maguire would score those, so I can't say if his shooting ability is good or not. As a LB, I've been playing him on stay back instructions, so I didn't have any shooting chances with him. ?/10

His passing is incredible. I felt like there was no need to boost it, for example with backbone chemstyle, because his passing stats are very very good already. And once again, his passing definitely feels like that in game. I don't remember him misplacing a pass. I was also surprised by his ability to switch up the play and also haven't noticed him making an error doing so. His passes - either short or long passes are always spot on and fall directly onto the desired player's feet. 10/10 once again

Now, the most important bit - his defending... Simply amazing. With the Sentinel chemstyle, his stats are pretty much maxed out anyway, but sometimes that doesn't mean much ( Berardi.... ). I was a bit worried of his lean body type and I've thought there is a chance he would get bullied off the ball by some more physically capable attackers. But let me tell you, this card is a real deal. His defending is spot on. He tracks players very nicely. If you manage to get him involved in the attack, he always realizes when is the right time to help the backline and is rarely ( if ever ) out of his position. He is playing exactly as you would expect a LB to play in terms of his defending abilities. If someone manages to sprint or skill past him, he takes 3/4 strides and is already on the player's back and challenges for the ball. His tackling ability is rock solid and he has a decent reach for a LB, probably due to his decent height. One again, there is no doubt in my mind that he deserves anything else than 10/10 for his defending.

Physical - let me start by saying that his Physical ability is probably the worst attribute about this card, although I wouldn't consider his strength a con. He is good, but nothing special. From time to time, players like Leao / R9 / Haaland or even Mbappe can give Pereyra a run for his money, but to me, that wasn't a huge issue, because he definitely makes up for it with his amazing pace. Now, having used Theo, I must say, his physical presence is better and it's not up for a debate. 8/10.

To sum up, Pereyra is the 2nd best LB I've used during this gamecycle. I'm a 1700-1800 skill level player and finish rank 4 or 3 in WL regularly. I enjoy this card so much, that I'll definitely continue using this card as long as he keeps performing on this level ( in other words - until EA nerfs him :) ). The only LB who I think is better is Joao Cancelo's TOTS card. The others ( Theo / Davies / Acuna etc. ) are all a level below this card. Yes, I've said that Theo has a better physical presence, but that is his only advantage over this card. Pereyra feels quicker, is better on the ball, is better going forward, has more reliable passing and let's not forget about the 5* SM. Saying that - the card goes for a little over 100k by the time of this review, and he's worth every coin. He is a bargain and a true gem. Super super fun card with amazing abilities who kept surprising me during the whole WL. Overall, I'd give him a 9.7/10, but considering his price, he's simply perfect.