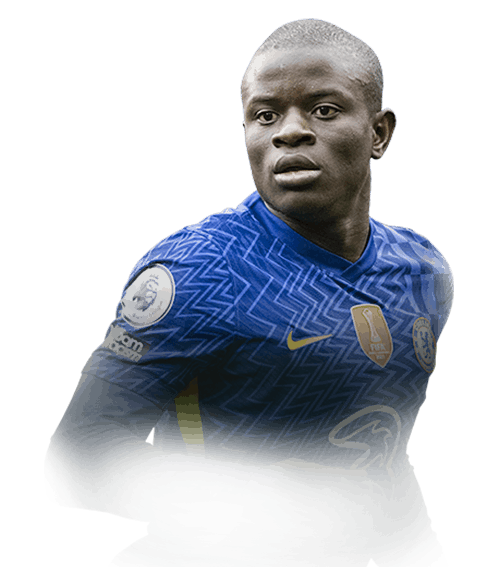 1
Sub out
Upcoming Matches
P. Chemistry
Squad chemistry
ST
90
RW
94
LW
94
CF
95
RF
95
LF
95
CAM
96
CM
97
RM
95
LM
95
CDM
97
CB
91
LB
93
LWB
95
RB
93
RWB
95
Reset
Basic
Sniper
Finisher
Deadeye
Marksman
Hawk
Artist
Architect
Powerhouse
Maestro
Engine
Sentinel
Guardian
Gladiator
Backbone
Anchor
Hunter
Catalyst
Shadow
Comments
Reviews
0
/600
Click here to verify your account in order to comment Update my avatar Dos and don'ts
Top Rated
New
Controversial
Show comments
Top Reviews
Only logged in users can submit a review
A review must be written in English
At least 200 characters are required.
Compare this player to other similar players you have used(optional).
If you import your club to FUTBIN or send us an image with the player data(fill the form below) your review will be marked as verified.
Include what you liked about the player in the pros area and what you disliked about the player in the cons area.
Your review will be manually checked during the next 24 hours.
Chem Style Used
Formations
Position
Rate Player Base Stats (1-10)
Pace
5
Shooting
5
Passing
5
Dribbling
5
Defending
5
Physicality
5
Most Used In:
Submit Review

You know how fast his gold card is so you can only imagine how rapid this version is. He is extremely fast and nobody can catch him when he escapes through on goal.

This is where you may be concerned in case he has fake stats. i will clear that up. Kante has some of the best shooting I have used this FIFA. I have scored some of my best goals this year with him. Give him half a chance and he finishes clinically. A standout of this card is his volleys. He can hit them from anywhere and everywhere.

He has really good passing so if his teammates make a run, do not hesitate. Play the pass and he will find them more often than not. His crossing is also superb. He puts them on a dime for the attackers to score.

Another standout feature. He is one of the quickest and most effective dribblers on this game. Alot of the time, he surprised even me with what he could do. He moves like Messi. He is small with high agility, balance and speed. That combo equals deadly. His left stick is crazy good. When he gets going, it is impossible to tackle him. He is a defenders worst nightmare. Couple that with 5* skills and you have 1 of the best dribblers in game.

Not much to say here. It is Kante so you know how good his defending is.

His strength has a nice upgrade. He can hold defenders off really well and is not easily pushed off the ball. Not to mention he can run the whole game.

All in all, he is one of the best players in this game. For a more in depth review, visit my YouTube channel "SR7 Productions".

25 g/a in 18 games is good but you really see how good this card is when you have him or when you play against him, he is just like in real life EVERYWHERE legit he gets every ball. he runs the whole game, and does not need to be subbed. only thing bad about the card is heading. but that is expected. for the price i feel like you would not buy only 1player than its probably not worth it, if you the money to buy him and other players its a great option.

heading but really none