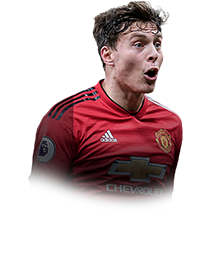 I haven't done any reviews yet this year ,but after playing this card I decided that I need to spread the word about how good is IF Lindelof. Firstly, let me start with the fact that I bought this card because I'm a Manchester United fan , and I am really hyped about how good he played in the last few matches.

So far I have played 23 games with him, and he is really surprising me every match. I have tried a bunch of other CB's from premier league such as Sokratis el, Laporte ucl, Bailly if, Matip if, Azpilicueta- and Lindelof is better than all of them. The only one with the same level as Victor is D.Sanchez.

I am using anchor chemistry style in a formation of 4-3-3, with D.Sanchez alongside him.

If you dont have enough money to spend on Van Dijk or Sanchez Ucl, consider trying Lindelof If and you wont regret it.

Once this card will get at least one more if , he will become a nightmare for your opponent.