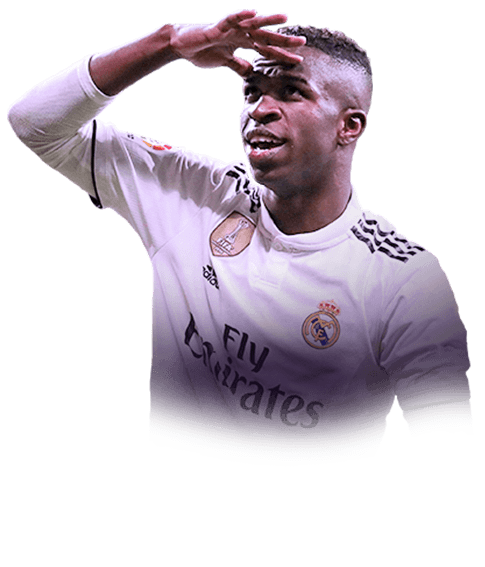 Have you ever met god? now is your chance. This black ball of joy is him. Those of you that don't know Daniel Negreanu, get to know him. He's in the same category as Vinicius Junior, The Best. But where do i start? I would compare this card to Cristiano Ronaldo TOTY, but then again, it wouldn't do this card any justice. This card is the best. Believe me when i say that this card can turn any squad into a God squad, and make you win any match with ease. Listen to your friends kids, He's worth it.

He has no cons. The pro list couldn't fit everything so i will continue it here.

Pace: He once raced a fighter jet and won. Then he raced a bullet, we obviously know who won.(It was him).

Strength: Imagine Mike Tyson x2 mixed with the worlds strongest man, with the box out ability of Dennis Rodman.

Shooting: Does a Pikachu that uses Swift miss? i don't think so.

Passing: I would take his passing over any NFL quarterback, and guarantee a super bowl ring.

Defending: I would say it is his one weakness if i had to pick one, but i'd hardly consider it a weakness. Remember the Alamo? he'd put up one hell of a fight.

Pace: Very fast and his acceleration is nice, but because it's Fifa 19 he gets caught up by pique.

Physical: He feels very strong on and off the ball and he wins headers easily.

Finishing: Very inconsistent and I think that's due to his composure.

Passing: Was decent but Neymar's is better.