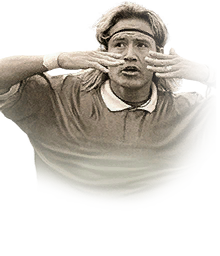 There's no feedback about Hernandez prime moment? I'm shocked. I decided to sell Pele 95 and replace him by Hernandez to have a try. And I'm absolutly not disappointed on the contrary.

Bought for 1.3M on PS4, he's just one of the more efficient stiker at this price. His pace and shooting are just amazing, like his dribbling. The biggest difference with his normal prime is the +5 physicality, which give a huge upgrade. About his 3 *weak foot, is it a weak foot? Ok sometimes he shoots a bird, but very rarely. Most of the time it's in tha back of the net. Phenomenal finishing and headers, VDD is not a problem for him, what are these jumps???

Don't hesitate anymore if you have coins.

And he overclasses them all. His shooting is deadly, his dribbling is incredibly smooth, he's outpacing OP players like Varane, he's insane. Even his heading is great, he has scored some corners for me, although he's only 1.75m. There"s only one small down side on him: 9/10 his shots are goals (and sometimes the crossbar because this game is trash), but 1/10 of his shots are terrible, but that's really rare.

Sorry if my English is bad, its not my native language.

Simply awesome. My first Icon Moments, Luis "El Matador" Hernández. Absolutely OP, one of the fastest player i have played, his shot is incredible and his dribbling perfect.

I can say that every shot that he make with his good foot is goal at 97%, he makes perfect runs, always in the correct position and can easily win the position with his pace to any player.

He will win a lot aerial duels and make a lot of goals with the head (More than once he has won VVD, De Light, David Luiz, etc.).

Isnt a problem his 3* weak foot, inside the area he will score every ball.