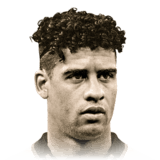 -
Sub out
Upcoming Matches
P. Chemistry
Squad chemistry
ST
73
RW
73
LW
73
CF
74
RF
74
LF
74
CAM
76
CM
81
RM
75
LM
75
CDM
84
CB
84
LB
81
LWB
80
RB
81
RWB
80
Reset
Basic
Sniper
Finisher
Deadeye
Marksman
Hawk
Artist
Architect
Powerhouse
Maestro
Engine
Sentinel
Guardian
Gladiator
Backbone
Anchor
Hunter
Catalyst
Shadow
Comments
Reviews
0
/600
Update my avatar Dos and don'ts
Top Rated
New
Controversial
Show comments
Top Reviews
Only logged in users can submit a review
A review must be written in English
At least 200 characters are required.
Compare this player to other similar players you have used(optional).
If you import your club to FUTBIN or send us an image with the player data(fill the form below) your review will be marked as verified.
Include what you liked about the player in the pros area and what you disliked about the player in the cons area.
Your review will be manually checked during the next 24 hours.
Chem Style Used
Formations
Position
Rate Player Base Stats (1-10)
Pace
5
Shooting
5
Passing
5
Dribbling
5
Defending
5
Physicality
5
Most Used In:
Submit Review

i tried so many Cdms but this guy is a world class CDM he is everywhere on the pitch strong and good always intercepting the ball i got him from swap icons im glad i did, im using him with shadow he is beast he helped me alot in futchamp so if you cant buy his prime go for his base card he never let you down

Got this guy for 5 tokens, because the grind is too much for me to do more.

Moving on: Rijkaard is a very very good player.

His Stature is enormous, so at the CDM position with a Shadow chem style he really does the job for me. I have a decent team, nothing spectacular but i must say he really shines when he gets the oppurtunity. I paired him with N'Golo Kante in a 4231 formation and they work like magic.

Other than his clunky-ness, there's pretty much nothing bad about this card

If you're thinking about completing the card, go ahead, you will probably like him. Just Don't expect him to be Vieira or Gullit

Interceptions and passing are the dominant Pros about him. Really long legs and big stature make him intercept most passes around him

Strength: cannot be pushed by most players

Composure: 94 ( i don't really know how this stat affects him but he is very cool when he has the ball, idk)

2 big cons ( not for me but can cause trouble for some) : Pace and feels clunky

I got this card from icon swaps a while ago and have been using him since then. For 5 tokens, he seemed a steal and played very well for the first 50 games or so, cementing his place in the team.

Since then though, he has been up and down in form, only playing consistently for a lack of a better option. The following review will be focusing mainly on the most recent weekend league where he played in a 4231 at CDM alongside Seedorf.

Overall, the team used was rather disappointing, but Rijkaard pulled his weight, unlike some of his teammates. I used him with the most defensive an best (in my opinion) instructions - stay back while attacking, cut passing lanes, cover centre.

With a lackluster 12 wins over the weekend, Rijkard was inconsistent at best, leading to many goals being conceded due to a lack of defense in the midfield, particularly looking poor against players such as Kante, Son and Mbappe.

But when he was good, he was very good, making consistent tackles and turning the match on its head with dangerous through balls to my pacey attack. His strength really helped and distracts from his very poor agility (64), balance (48) and stamina (75). And with the shadow, he felt quick enough, keeping up with Seedorf.

Unfortunately for him, Bakayoko just came out, and I just packed CDM Ferland Mendy from the Party Bag SBC, leading to the CDM spots being covered, leaving him without a place in the squad.