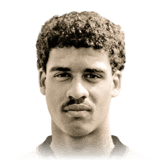 -
Sub out
Upcoming Matches
P. Chemistry
Squad chemistry
ST
78
RW
77
LW
77
CF
78
RF
78
LF
78
CAM
80
CM
83
RM
79
LM
79
CDM
86
CB
86
LB
85
LWB
84
RB
85
RWB
84
Reset
Basic
Sniper
Finisher
Deadeye
Marksman
Hawk
Artist
Architect
Powerhouse
Maestro
Engine
Sentinel
Guardian
Gladiator
Backbone
Anchor
Hunter
Catalyst
Shadow
Comments
Reviews
0
/600
Update my avatar Dos and don'ts
Top Rated
New
Controversial
Show comments
Top Reviews
Only logged in users can submit a review
A review must be written in English
At least 200 characters are required.
Compare this player to other similar players you have used(optional).
If you import your club to FUTBIN or send us an image with the player data(fill the form below) your review will be marked as verified.
Include what you liked about the player in the pros area and what you disliked about the player in the cons area.
Your review will be manually checked during the next 24 hours.
Chem Style Used
Formations
Position
Rate Player Base Stats (1-10)
Pace
5
Shooting
5
Passing
5
Dribbling
5
Defending
5
Physicality
5
Most Used In:
Submit Review

First of all I wanted to say that I packed him untraceable from the first pack that you get from season 1 this season. I have used him for 566 games, he has 34 goals and 8 assists for my club - these stats are very good for a CB. He is fast so can keep up with players, he is strong so can body strong players such as sissoko, FB Paulinho and others. He has great passing (it was expected however after implying CDM for his whole career) and he can dribble out from the back.

I usually play with him by receiving the ballroom short goal kicks, playing a 1,2 with Ramos and then driving forward. I play a chipped through ball over the top and my attack are perfectly set up.

Also, he pace for a cb is unreal.

I was happy enough to pack this Dutch legend and immediatly put him in my Premier League squad and I will never change it.

This Rijkaard card with a perfect stamina is a defender that fits in every possible team.

FUT champions player that I will use all season!!!

I have used many centrebacks this year. Some of the main ones being; Lenglet, Ramos, Scream Romagnoli and VVD(in draft).

And for the longest time Sergio Ramos was my prefered option. I always used Ramos +1 other centreback. All other centrebacks made multiple mistakes per match and Ramos would be there to cover up their mistakes. Ever since Rijkaard came into the team, Ramos has been useless, because he has no mistake to clean up.

Seriously though, Rijkaard is everywhere his tackles are perfect, he casually makes 5 to 10 tackles per game (which is really high I believe). His pace is more than enough with the shadow chemstyle attached. And as an added bonus on top of his superb defending abilities. He is a great playmaker too and can act as a 3rd CDM between Allan and Frenkie.

If you are strugling at the back and cant decide who you want to use.(And have a spare 700k lying around xD) Do yourself a favour and go try Rijkaard.

His finishing inside the box isn't perfect xD