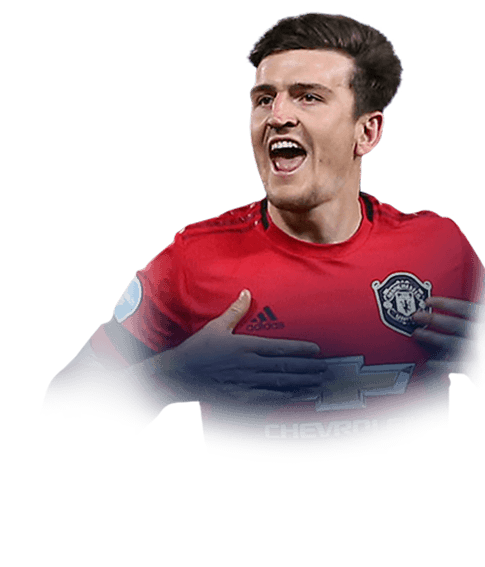 (This review is the review of the card with a shadow chem style) I have used Slabhead for 12 games on rivals rn and he is better than my gold VVD. His strength and defensive stats are really good and he is really solid. His pace is good with a shadow and his agility and balance I don't seem to notice. His passing is brilliant and can bail you out at times and also set up a counter attack. Maguire's defensive AI puts himself in really good positions and he always never misses a tackle. One thing I really loved is his body type. His body type and height allows for to bully players like Adama, James, and Kent. He will never lose a header or a battle for the ball. He is a really good card and maybe even better than maldini and VVD. This is a defo meta card and when the price goes down on the sbc, pick him up. You grind the sbc with the bronze pack method and get this beast for absolutely free.

Okay, imma be honest with your guys. At the start I only made Maguire cause of the meme and because I had an untradeable Allison and Wan-Bissaka TOTS, so he would fit perfectly in my squad.

Before him, I used to use TOTS Pique, but in the end, I just get tired of using pique so when this guy dropped, I became so happy. After now 69 games I can tell you that he is good, not a meta but he plays well with a fast CB at he’s side, personally I use league SBC Opara. Maguire is not the fastest, but he pushes everyone away from the ball, wins very header, and is very good at tackling. For the money I will only recommend him if you got a very fast CB at he’s side, cause even dough he now has 75 pace, he still feels like 60. I really like he's stamina because he never gets tired. If u have a lot of PL players you can use in the SBC he's is totally value for the money if not then no, I still think an Eder Militao RTTF and Varane IF is better. He also has some crazy passes cause of the 99 short passing and 99 long passing.