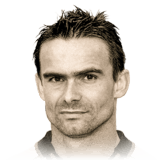 -
Sub out
Upcoming Matches
P. Chemistry
Squad chemistry
ST
79
RW
85
LW
85
CF
84
RF
84
LF
84
CAM
83
CM
79
RM
84
LM
84
CDM
66
CB
56
LB
67
LWB
71
RB
67
RWB
71
Reset
Basic
Sniper
Finisher
Deadeye
Marksman
Hawk
Artist
Architect
Powerhouse
Maestro
Engine
Sentinel
Guardian
Gladiator
Backbone
Anchor
Hunter
Catalyst
Shadow
Comments
Reviews
0
/600
Update my avatar Dos and don'ts
Top Rated
New
Controversial
Show comments
Top Reviews
Only logged in users can submit a review
A review must be written in English
At least 200 characters are required.
Compare this player to other similar players you have used(optional).
If you import your club to FUTBIN or send us an image with the player data(fill the form below) your review will be marked as verified.
Include what you liked about the player in the pros area and what you disliked about the player in the cons area.
Your review will be manually checked during the next 24 hours.
Chem Style Used
Formations
Position
Rate Player Base Stats (1-10)
Pace
5
Shooting
5
Passing
5
Dribbling
5
Defending
5
Physicality
5
Most Used In:
Submit Review

4.5
THE FLASH
12 users liked this review

OMG...this guy is beast...the flash. His speed and agility is OP. 5 * week foot it's true, he can score with his right foot such as left. He can play LW, RW, CAM and build up your attack all of 90/120 minutes. Used him in last WL and i was surprised. best lw for this price. ps. i used sane, mane, nedved, coman, martial, but overmars is another level

-SPEED, SPEED,SPEEED (but only with hunter)

-don't look at his shooting..his finishing is ok!

I used him with an engine chemistry style so this review is with those stats. However, his stats are so versatile, that you can make him play however you want him to with any chem style you want. I used him as a right CAM in a 4231.

With an engine, all of his dribbling stats are 90+ and his passing with it is definitely good enough. He is small and can get pushed off the ball sometimes but his high balance means he'll at least stay up if he gets dispossessed. His dribbling with engine makes him feel so fluid and quick, just like Messi. With an engine though, his shot is Definitely lacking. You definitely feel the 78/77 shot power and finishing. But that could easily be rectified with a chem style that increases his shooting as his shooting is just missing a slight boost, it's not awful, it's just not good either. With an engine, he's a great playmaker and the 5 star weak foot makes him really versatile. That weak foot is 100% noticeable. Only 3 star skills but it's really not the end of the world.

Overmars is a little hidden gem. Is he worth the 310k though? I'd say maybe. You're paying a premium because he's an icon and gives you green links. 300k is definitely a fair price for this icon. He's definitely good enough and I really enjoy him. Use him with an engine chem style to create space for your team, he'll excel at it.

Shot, best described as ok. Don't expect him to score many goals unless you put a shot boosting chem style, and even then, I doubt it'll be great

Short and kind of weak