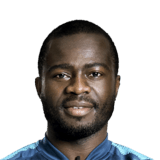 11
Sub out
Upcoming Matches
P. Chemistry
Squad chemistry
ST
76
RW
77
LW
77
CF
77
RF
77
LF
77
CAM
75
CM
72
RM
77
LM
77
CDM
64
CB
59
LB
66
LWB
67
RB
66
RWB
67
Reset
Basic
Sniper
Finisher
Deadeye
Marksman
Hawk
Artist
Architect
Powerhouse
Maestro
Engine
Sentinel
Guardian
Gladiator
Backbone
Anchor
Hunter
Catalyst
Shadow
Comments
Reviews
0
/600
Update my avatar Dos and don'ts
Top Rated
New
Controversial
Show comments
Top Reviews
Only logged in users can submit a review
A review must be written in English
At least 200 characters are required.
Compare this player to other similar players you have used(optional).
If you import your club to FUTBIN or send us an image with the player data(fill the form below) your review will be marked as verified.
Include what you liked about the player in the pros area and what you disliked about the player in the cons area.
Your review will be manually checked during the next 24 hours.
Chem Style Used
Formations
Position
Rate Player Base Stats (1-10)
Pace
5
Shooting
5
Passing
5
Dribbling
5
Defending
5
Physicality
5
Most Used In:
Submit Review

5.0
This guy is obsessed with voodoo! I swear
21 users liked this review

no energy to write

Acheampong is a striker which plays in a chinese team named Tianjin TEDA. Basicly, he is the best substitute you can possess in Ultimate team. He has an excellent pace, and an outstanding stamina. he has a preety decent shooting, though it is recommendable to add chemistry styles to him. He fits in with El Sharawwy, Hulk, Oscar, Paulinho, and icons such as Essien.

I use him as sub, and add him always in the second half.

Shooting outside the box

Absolute beast! Use him off the bench, normally for Pukki. He and Zaha make beautiful runs, and once Acheampong gets going, no one's stoping him. Pace is a huge factor of his, shooting is decent from the little boost that comes with a Hunter. Skills combined with his pace make him lethal. I notice his shooting feels like it is more powerful than just 82, and he can score from anywhere. Dribbling is alright, but the biggest factor in that department is his agility and balance. It makes him turn on a dime and along with the skills allow him to get past any defender.