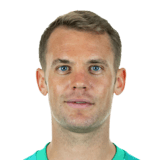 5.0
Neuer Is still the best (Atleast in fifa)
14 users liked this review

So i was originally open to trying a handful of top keepers in his price range, but after i used Neuer i felt no need to. Neuer has been a life saver for me a LOT of times in the defence. I'm not the greatest defender in fifa and therefore he has had to make a handful of incredible saves especially on sweats. He saves all the rebounds and has suprised me several times. He has a strong hand and saves most shots no matter how good they are. He is nice and tall so he can always punch the ball away on corners. This is the wall from bayern.

It was a very good choice, ok it's not the Manuel Neuer of FIFA 18 that was impossible to pass but it's still a beast

He his very good on 1 to 1 duel, unbeatable on crosses and corner kick

As I do in real life, he is coming quiet often outside of the box to play long ball, at first it can be a bit frightening but once you get use to it it's very helpful, plus he never did a mistake while doing so

On the other hand, he can sometimes be a bit slow due to it's size and can take a bit of time taking himself up

I know that keeper are not expensive this year and in my opinion it's a good thing, so don't be afraid to spend a few bucks on him, you won't be disappointed

A must have for a Bundesliga

I've only used a few keepers in FIFA 20 but that's because since I got Neuer i've felt no need to change. I have used Lloris, Alisson, Donnarumma and Handanovic but none can compare to Neuer. He makes saves which should be certain goals, his reactions are incredible and he can pluck the ball and hold onto it from above the pack. I feel like he will be underappreciated because not many people are running bundesliga backlines but he is certainly worth a shot if you are and have the coins. I'm at around 60 games with him and haven't once felt the need to change or that he's been incompetent.

Strong hands grab the ball more often than punching it back into play, resulting in less rebounds

Insane reactions he will sometimes get fingers to shots that should be untouchable.

Nothing else I can pick on 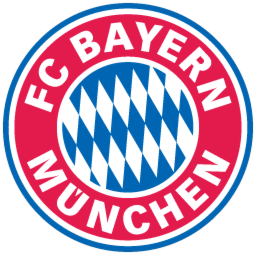