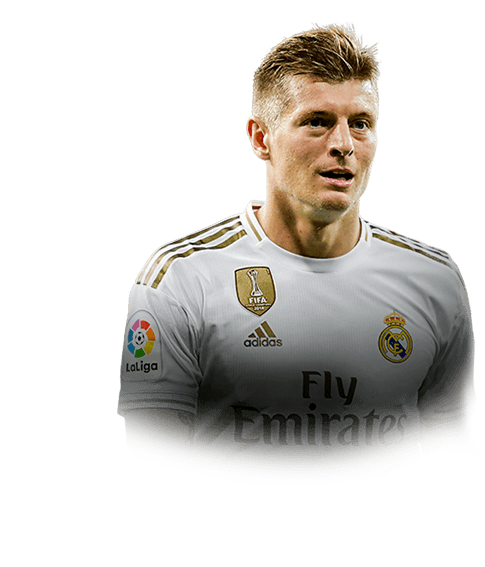 In a classic 4-4-2 I want one of my CMs to be more defensive minded (while still being able to pass/dribble in the opponents half) and the other one to be more attack supporting (while still being able to win the occassional tackle in defense). Scream Kross is simply perfect for the attacking part of my central midfield. With an Engine he is a 91 rated CM and boy does that show. His dribbling is surpreme and his passing is out of this world. He assists so many goals and with his 5*WF you never have to worry about a pass not finding the targeted teammate.

His 5*WF however ist not only a big plus when it comes to passing/crossing it is also extremely benificial once Toni enters the box. His scoring is suprisingly good which makes him an unpredictable threat in the attacking third. Another HUGE benefit is his role when it comes to standards. Corners are suddenly a menace again and you won't score easeier freekicks than with his accuarcy.

His Def stats are the only reason he is not one of the absolute best midfielders in the game but that does not mean he won't fight for the ball. As mentioned before, Toni is still very much able to make tackles, prevent counter attacks and support the back four.

Overall I am more than delighted with his card and I am super happy to finally use a Toni Kroos card that actually has an impact to the game.