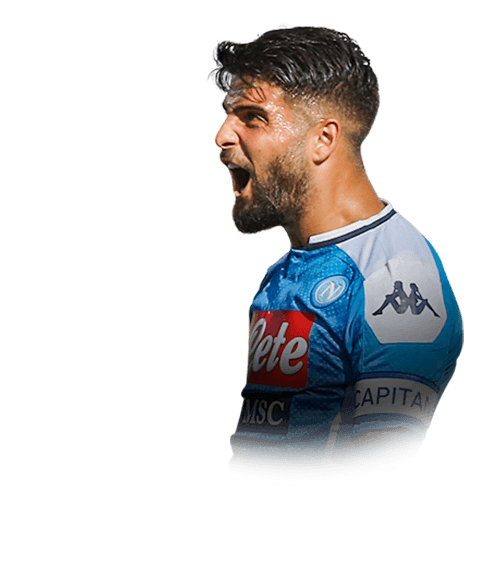 His real-life stats are currently 6 goals and 2 assists in 10 matches in domestic competition. He also received 0 yellow cards and 0 red cards.

Ok so first off a bit of pride swallowing, when this card first got released i was like...His base card is so awesome why would people spend 10x the amount for a stamina boost?

Oh, how wrong and naive i was.

I got so lucky early on in FIFA 20 that i have 4 Mil coins which is great for just trying different teams and players. I got Messi early and he never left my team, until this chap.

I had a decent Serie A team with base Insigne and Mertens, Naing etc and it was great fun but my weekend league team was where the more consistent and beefy boys where.

It was only when the inform Nain came out i had to rebuild the team as it was a different position and i i love naingollan ingame i thought maybe i turn the team into a weekend team. This card went down to 698k and i was in there fast. I thought even if i didn't notice any difference with the base card then i'm unlikely to lose much coins.

Disagree all you want but this guy is bagging more goals than messi did, he feels better than messi does and is somehow quicker. The only side of messi that is better for me is the strength in some situations but oh my this card is just a dream.

I imagine this will get downvoted by fan boys or Messi and people that haven't tried this card but IRL Messi is OFC miles better but in FIFA 20 for me it is this guy all the way.

With deadeye EVERY SINGLE SHOT IS A GOAL

Strength, If you don't know how to dribble properly he will get pushed off the ball.