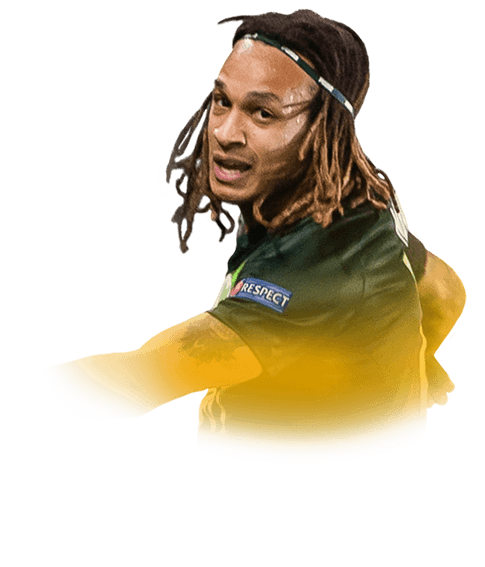 0
Red
Upcoming Matches
P. Chemistry
Squad chemistry
ST
76
RW
80
LW
80
CF
78
RF
78
LF
78
CAM
79
CM
80
RM
83
LM
83
CDM
82
CB
81
LB
84
LWB
85
RB
84
RWB
85
Reset
Basic
Sniper
Finisher
Deadeye
Marksman
Hawk
Artist
Architect
Powerhouse
Maestro
Engine
Sentinel
Guardian
Gladiator
Backbone
Anchor
Hunter
Catalyst
Shadow
Comments
Reviews
0
/600
Update my avatar Dos and don'ts
Top Rated
New
Controversial
Show comments
Top Reviews
Only logged in users can submit a review
A review must be written in English
At least 200 characters are required.
Compare this player to other similar players you have used(optional).
If you import your club to FUTBIN or send us an image with the player data(fill the form below) your review will be marked as verified.
Include what you liked about the player in the pros area and what you disliked about the player in the cons area.
Your review will be manually checked during the next 24 hours.
Chem Style Used
Formations
Position
Rate Player Base Stats (1-10)
Pace
5
Shooting
5
Passing
5
Dribbling
5
Defending
5
Physicality
5
Most Used In:
Submit Review

YESSS, as soon as I saw this card, I knew I NEEDED to grind for it, so after some hours, *boom* got him. Starting off this review I have to say his normal card was insane but the passing was slightly off, but now that that's fixed a bit I knew he would be a beast and the fact that wolfsburg has a good chance to get into the knockout stages got me even more hyped! his already good physical has gotten crazy, as now he is very strong, can outrun players and can last for a few matches with that solid 95 STAMINA. His strong build and the fact that he is 6'0 is a good thing, his dribbling is alright but can be improved by slapping a guardian on him. His passing is again, not soo bad so you can definitely work with it. This boy can cause problems for the opposition defensively and offensively, needless to say but this lion-looking guy in-game (as someone pointed out in the comments of his normal card) is a true beast, one of the only other issues I could find with him was that he is out of position so PLEASE make sure that you have him on stay back so you have the option to rotate him in attack when you want.

STRENGTH! yes thats right as you see on his stats he is one strong boi

His powerful built makes him seem even stronger in-game

PACE PACE AND PACE are u tired of getting deleted by quick players like rashford, dembele and many other fast meta players, well use this dude right here to stop all them players!

Even when I played on the first game I played with him when he only had a basic chem-style he still shred attackers with his defending.

Really good value, he is basically free... here is how I did him quickly: for the assist with defenders, use mbabu and hakimi and move them up to midfield, or u could alternatively put on attacking fullbacks, try get most assists with mbabu since he is from Switzerland, that does both the defenders and Swiss players assist objective. For squad battles honestly use players like mehmedi, steffen and victor, they HELP.

maybe his positioning is a bit off but he can still do the job.

Wow what a Player He is.For Free man R u Kidding me ? I can Guarantee u He will Best RB If he gets to 86 rated.Bcs the only lacking thing he has is Defensive awareness.Ive got 86 Walker ....ive felt way more confident with Mbabu....i would say Mbabu>86 Walker(in attacking and going Forward),in tackling Walker is better but if Mbabu gets to 86 or 84 he will be the best Non icon RB in the Game...so do it guys totally worth it

So u know what to do....And look at the other stats too after upgrade u will be mind Blown

Honestly I didn't like Mbabu's standard card. He physically was incredible but his footballing ability, passing, defending and dribbling felt poor. So I used Da Costa over Regular Mbabu. Until I saw this Card that is. He was easy to obtain so hopefully you all got him, but is it worth trying to jam him into your team? I think so, but make your own mind up. Bare in mind this review comes from the base 81 mbabu. As he increases to 84, 86 etc then this may all change. I will come back to update should this happen.

I haven't reviewed his shooting because I simply haven't shot with him yet!

Pace and Physical - I combined these two stats because they are what Mbabu is. Fast, Strong, Incredible Stamina! Aggressive it's a treat.

Tackling - If you tackle with this card you WILL win the ball, it's that simple.

Crossing + Passing - I know not many people cross but i feel it HAS to be mentioned. This cards crossing is incredible, I have put crosses into both Lewa and Wright with this card and it works a treat! Regular passing is great too. Over the tops even work fairly well considering this cards stats.

Dribbling - This cards dribbling feels better than the card suggest. It isn't great by any stretch but it is workable.

Heading - This cards height and decent jumping you expect to win headers, especially considering the height of most wingers. But he.. he wins most, but there are more questionable failures than I care to have.

Positioning + Interceptions - On the card these stats are OK, but Mbabu lacks something with positioning and intercepting. If you move him manually he is great but he doesn't do many auto blocks.