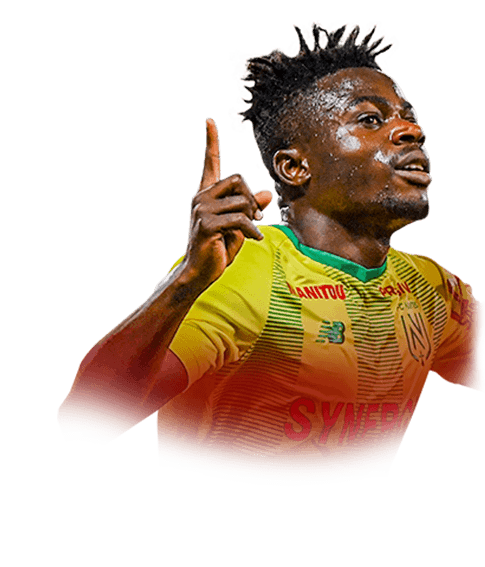 This card is just ridiculous. Especially his dribbling and agility make him overpowered. And his 5/4 Star combo makes it very variable to make plays ingame. I play him with deadeye so his shooting gets extremely boosted and to boost his passing.

With 89 dribbling, 98 agility and balance and 4 star skills its just so easy to get past defenders and especially with L1 or LT dribbling u can outplay everyone.

His shooting with deadeye ist very good. His shot power 97, finishing 96 and postioning 97 make him able to score from everywhere. He also got 5 star weak foot so u dont need to think with which foot u should score. U can make a dragback and it doesnt matter which way you go u can shoot. Only 9/10 because of the fact that he hits very often the post and his curve only has 60.

U dont need to boost it with a chem style just play him on deadeye and he still runs faster than every defender and also than many strikers. His agility and high dribbling stats make him even faster, he just feels so much faster than every player.

80 strengh and 99 jumping make him very powerful, he even gets to headers sometimes and pushes some defenders away the only thing about him that make it 8/10 is his height. his stamina is also good if you play him as a striker.

Its not really good only short passes or open long passes work but u dont need to pass with him u can just run to the player nearby and then pass.

But who needs it as a striker XD.

I did the SBC Simon for 4k ( I had almost every player in my club ). Before I used his normal card as a supersub and he was so good. I scored 64 goals and 23 assist in 103 matches as only a supersub. I think he is totaly worth it and with the 5 Star weak foot he can shoot from anywhere. He is also very fast with his high agility, balance, acceleration and he is short so he feels very fast. The only bad thing about this card is that he does not have the best shooting so sometimes he miss some chanses.

-Fast with high agility and balance

-Better shooting that you think