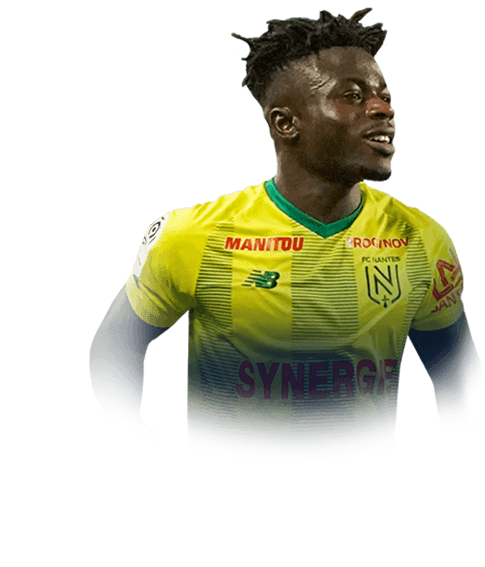 6
Sub out
Upcoming Matches
P. Chemistry
Squad chemistry
ST
87
RW
89
LW
89
CF
87
RF
87
LF
87
CAM
86
CM
79
RM
88
LM
88
CDM
66
CB
61
LB
69
LWB
72
RB
69
RWB
72
Reset
Basic
Sniper
Finisher
Deadeye
Marksman
Hawk
Artist
Architect
Powerhouse
Maestro
Engine
Sentinel
Guardian
Gladiator
Backbone
Anchor
Hunter
Catalyst
Shadow
Comments
Reviews
0
/600
Update my avatar Dos and don'ts
Top Rated
New
Controversial
Show comments
Top Reviews
Only logged in users can submit a review
A review must be written in English
At least 200 characters are required.
Compare this player to other similar players you have used(optional).
If you import your club to FUTBIN or send us an image with the player data(fill the form below) your review will be marked as verified.
Include what you liked about the player in the pros area and what you disliked about the player in the cons area.
Your review will be manually checked during the next 24 hours.
Chem Style Used
Formations
Position
Rate Player Base Stats (1-10)
Pace
5
Shooting
5
Passing
5
Dribbling
5
Defending
5
Physicality
5
Most Used In:
Submit Review

There is only a few players in FIFA I have bothered to write reviews on over the years - those players are Jari Litmanen (personal hero of mine), TOTY Neymar (FIFA 19) and now this absolute lad, Moses Simon. I mean where do I even start with this guy? His dribbling, specifically his right stick dribbling, honestly feels like Messi on the ball. The ball is basically attached to his foot with a string which allows him to just walk through the opponents defense. The thingy is though.... if you want to you can just literally forget about all that and just bang a shot from 30 yards with his right foot or his left, doesnt really matter. 90+ finishing and 99 shot power with marksman, makes him feel extremely lethal in front of goal, and yes, his finishing does actually feel like 90+ unlike with many other players who can have 99 finishing on paper yet miss sitters left, right and center. I personally played Simon at CAM just because I wanted him on the ball as much as possible, but he could be better suited on the wing or at striker. Even at CAM though he put my BD hazard to shame in pretty much every aspect of the game. Which brings me to my only problem with this card... He makes my other players, who some cost millions, feel so slow and sluggish after playing with Simon for while since he himself feels so snappy on the ball for 90 mins (good and bad gameplay, mind you).

I'll give a quick rundown on his merits in the specific areas of the play:

Shooting: the high shot power and finishing combo makes SImon extremely lethal, but no he isnt going to finish every chance like CR7 or Eusebio but after all he costs only 400k (for now....). His 5 WF feels like a 5 WF (ive had some problems with other players) and his finesse shots are surprisingly good.

Dribbling: Only reason he doesnt have a 10 in this category is because the guy doesnt have 5 star skills (God forbid if he had those on top of it all). The ball is stuck to his feet like a magnet, turns like no other player on this game (par from like Messi and co) and is just so, so explosive. Basically a cheap BD Saint Maximin but feels actually faster (we'll get to that in a bit...). and a lot stronger.

Pace: Fastest player ive ever played with in any FIFA. SERIOUSLY. Faster than BD maximan, faster than Dan James, faster than BD Douglas Costa, faster than Eusebio. There literally isnt a player that ive tried that feels faster than this guy. Couple that insane pace with great dribbling, 90 strength (with marksman) and you got yourself a handful for the opponents defenders.

Passing: Does the job. He is no KDB, so dont expect him to ping lobbed through balls every time (and maybe dont expect that from KDB either, since this year EA wants to decide where your passes should go...)

Physicality: Quite good actually across the board apart from the low aggression. You can really feel the strength on this guy and the stamina is enough (although he was running pretty low at the end of some matches since all I did was pass the ball to him). Wins a few headers here and there with his 99 jumping.

Defending: Not really relevant but does the job once again. LT jockey is quite fast also.

In conclusion: Unbelievable. Wouldnt be suprised if the Atal and Maximin effect happens on this guy as well - AKA his price is fairly low at the start, but once players get to try him out and realize just how broken he is, his price starts to go up and up. Would definitely recommend picking him up, he was a game changer for me and for others as well it seems.

Also Im writing this from the point of view of him costing just 400k. If he cost me 2mil then id be raving about him missing even on easy shot inside the box. I played with this guy for like 4 hours straight, in good and bad gameplay, yet he still performed for me so well in all of those games. I see too many reviews of people for example playing one game with some baby Inzaghi and then writing a review about how he is the second coming of christ.

Pace (on and off the ball)

Strength (doesn't get pushed off the ball easily)

Makes your other players feel slow compared to him ;)

This is one of the best STs in the game. With his pace, agility and balance nobody can catch him, the defenders rarely can bring him down. His shooting with sniper chem is amazing, 99 finishing, 91 composure and 5 stars of weak foot, you can shoot from anywhere. With his dribbling stats and body type he can turn 360º faster than Usain Bolt. I tried Neymar, Atal SS, Ben Yedder TIF, Greenwood FS, Mbappe, CR7, Tevez LKO, Mane TOTY and Hazard. Trust me, in ST nobody is better than him.

WHAT A BEAST. Moses Simon is absolutely incredible. His pace and dribbling combined make him unstoppable on the ball. His 5* weak foot makes him extremely unpredictable, and when it comes to finishing, he rarely fails. 13 games, 12 Goals and 9 Assists playing as a LAM in Div 4 are some insane stats. His 58 Curve is definitely noticeable in game though, but he still scores some very nice finesse shots. He will most likely be in my team for the rest of FIFA, no one can stop him! If you for some reason didn't do Ryan Kent, your in luck! Simon is just better in Kent in just about every way.