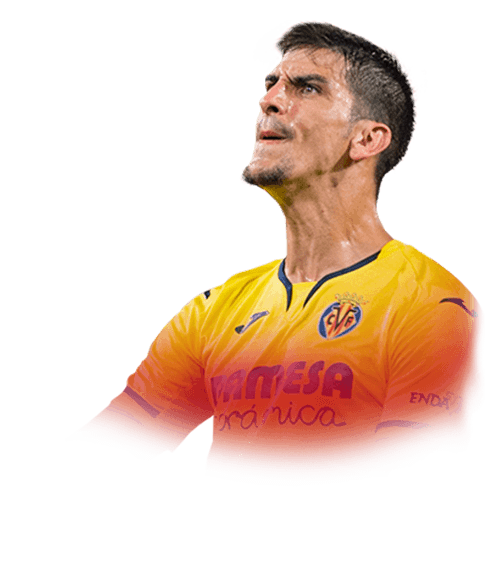 As stated in this review's title, I hold the personal belief that this Gerard Moreno is a Christ incarnate. Though at first glance his stats may seem average at best and lackluster at worst, just the opposite is true: he is exceptional. My experience with this card has been nothing but great as Moreno consistently outperforms wingers that I've used in the past and elevates my team to a point that has not previously been attainable. His link-up play with mids and forwards alike leaves me in awe as his passing stats are remarkably average for a winger of such a rating, leading many to believe that he is not capable of performing these pinpoint accurate passes from what seems to be any distance. Dribbling is not necessarily Moreno's strong suit, but that doesn't stop him from dashing past defenders and into the box where he is more than able to practically blast the ball through the goalie, through the net, and into the audience; an action killing more than three people in one fatal swoop. And, whilst we're on this topic, let's discuss Moreno's most prominent ability: shooting. It. Is. Godly. Playing him as a winger so high up the pitch and allowing him to cut into the box has been one of the greatest decisions of my FUT career. The only thing needed for him to score is a player with the ability to press the 'shoot' button. Will all of this being said, and Moreno's price being remarkably low, all I can do is strongly recommend that you pick up this absolutely class winger for the 30-ish thousand that he is somehow going for and try him out yourself. Adios.