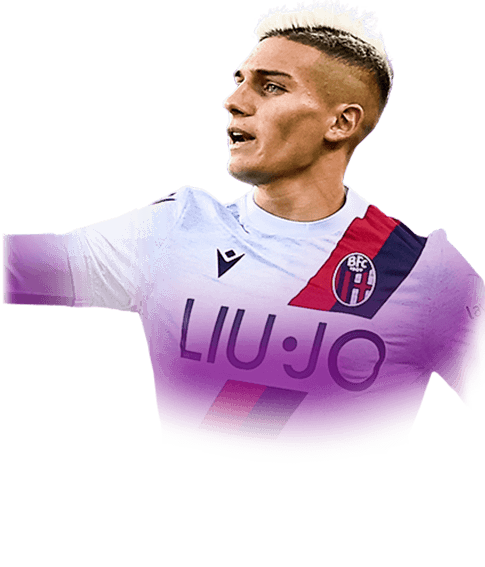 I used Dominguez for the first 10 games of my weekend league. As I'm on Xbox, I bought him at 495k, and will continue to hold him, as he fits perfectly in with acuna and tomiyasu in my team. What you are really paying for from this card is his fantastic defending and physical, and quality pace. I tried him with a guardian at first, and felt he needed a bit more pace, so threw on a shadow after that.

So, after reading some of the mixed/negative reviews about my boy, I decided to weigh in on the debate. For me Dominguez is the most fun to play with card in my squad right after Scream Insigne. I got rid of HL Nainggolan (who felt too clunky and slow) for him. Used Dominguez for an entire WL which I finished 19/11 and 30 Div Rivals games in Div 5. In 4-2-2-2 I played him as a left CDM next to IF Allan who was on Stay Back. Using Stay Back on Dominguez however would be a crime. If you let him, he pushes forward naturally (H/H) and makes great runs into the box. There he was a surprisingly reliable finisher for me, especially with the low driven shots. His passing play is outstanding and he linked up perfectly with my players up front - 18 assists speak for themselves.

Defensively, he is a machine as well. Always aggressive, never tired, super agile and with the Shadow boost also crazy fast. He closes in on just about everyone and regains possession reliably. His lack of strength sometimes showed when confronted with the likes of Vieira, but even for end game players like him Dominguez was an absolute pain in the ***. Of course, he doesn't win you any headers which kind of limited my options after goal kicks seeing that Allan and the rest of my attacking division is tiny as well.

I think, the key to success with Dominguez is your style of play. I play very possession based football (usually 60+ percent) with 6-7 depth and pressure on heavy touch. An aggressive lad like him is just perfect for punishing sloppy build up play from your opponent. So, if you're a drop back kind of guy with everyone but your attackers on stay back, I could see why this card is not working for you. If you wanna play fun, proactive football, however, this is your man. Plus, now he links up to some Argentinian beasts. Will use him to fit in Salvio myself.

Used him to link him with my TOTSSF Dybala. He was horrible. Cant intercept anything. The ball seems to just roll in front of him and he is not even reacting. Feel stiff on the ball even though his dribbling isnt the worst. Unusable, especially this late in the game unfortunately. I ended up buying his regular card and subbing in Kante. He is not worth the money.