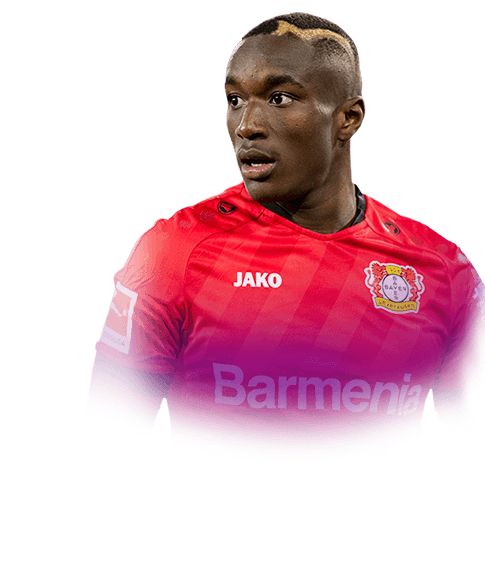 When I first thought about getting a new team, I was a bit hesitant because I thought it would be to expensive, as most of players are undtradeable, and I only had around 100k in the bank at the moment. But when this Diaby came out, I saw that it could be way better that the Trossard I was previously using for my Premier League team (his finishing is insane, but he is a bit slow even with a hunter). I had already done the Rousillon Objective to get his left back card (Which is amazing by the way), and I thought it would be perfect to get this Diaby to strong link to him, and when I saw that a good all round Tolisso card was less than 20k, my plan was in motion. With a Deadeye, this guys finishing and dribbling is insane and I would totally recommend him for pace abusers like me.

I will admit I'm far from a good Fifa player getting Silver 2 in most champs but, this guy is amazing. His ball rolls are second to none and I have scored countless goals with him by doing this. On a deadeye, this guy is the ultimate player that you want to cut back to as his first touch is amazing which when combined with his 99 attack positioning and his 99 shot power (on a deadeye) means that this guy will score if you lay off even a semi-decent pass to him. His Agility is also amazing. The only disappointing thing about this guy is his balance. he feels like a 80/75 balance player due to his lack of height and strength. Played at RAM in a 4231 ingame