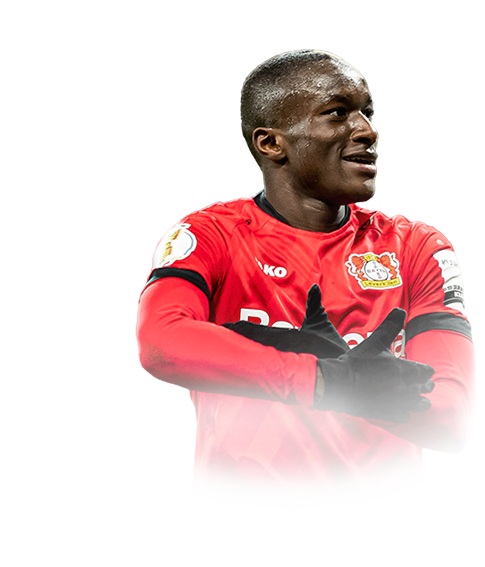 so this is my first review cuz i dont do it much but boy. this card is sooooo good. i needed a french lw from bundesliga and coman wasnt good cuz of 3WF. i saw this guy with upgraded WF and i did him quickly. i expected a 86 squad because leverkusen is winning 100% but a 84 is better. Do it even if he doesnt fit your team!!

I saw him in the sbc section and thought I have to get him. The only player of importance I had to submit from my club was gnabry who he was instantly replacing. And I also figured that leverkusen were more likely to win the game against mainz so he should get a plus three upgrade.

In game I pair him alongside headliners werner in a 4-1-2-1-2 (2) formation. He is insane even though he is only on seven chemistry he finishes things that he shouldn't be able to because he has the finishing and the shot power with a sniper card on him.

He has been insane for me, he gets through all players even with his height and physicality. He’s shooting is On-Point, he doesn’t miss, I was surprised by long shots especially. He does get knocked of the ball but he has the pace and dribbling to get around Van Djik and Ramos. Overall this card is defiantly worth an 84 squad (64k) and I recommend it highly.