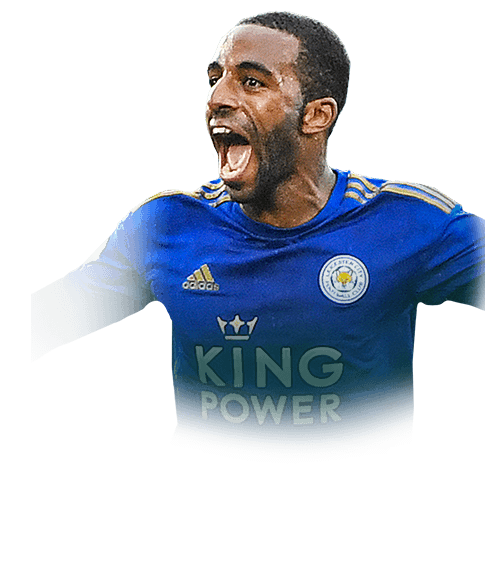 Ricardo Pereira's SHAPESHIFTERS card is rated 88, he is 175cm | 5'9" tall, left-footed Portugal defender (LB) that plays for Leicester City in Premier League with High/High work rates. His average user review rating is 4.1 out of 5 . He has 4-star weak foot and 3-star skill moves, He does have a real face in-game. Ricardo Pereira has 4 special cards with ratings between 82 and 88. He was born on 06-10-1993 and he is now 28 years old.

I can't lie when I saw the shapeshifter flashes and that portugese flag my heart stopped as I thought it was ronaldo, but I got this guy untradeable and he looked awesome, the fact he was also from my 200th rival win pack was amazing, so I decide to fit him in my hybrid squad, and what can I say, he is mind-blowing. Consistency in tackles. Speed. Agility. Attacking ability, he has evrything that you would want for an elite LB such as pereira, I would even go ahead and say he is one of the best in the game! I finally packed my first promo player and it was this guy which I'm really happy about! Since I packed I didn't have to pay but his capability at the left-back position justifies his price! He has been really helping me through divison 4.

His tackles seem to be on point 99% of the time

Great for going up on the attack

Very quick, can catch up to the quickest of wingers!

Not really anything if I'm honest. Thanks for reading!

I thought it was a bad pack in the start, but after using him on only 8 chemistry, it seemed like a good pack. He gets a nice boost in his strength-stat if you put an anchor on him. He could easily push a lot of the wingers I played against away. The best thing about Ricardo is probably his positioning. The opponents I have played against is having a hard time playing the ball to their RW. He can always run in front of them and take the ball. He is really shutting the winger down. Also, if the opponent plays the ball through my defence (CB's), Ricardo is outrunning the attacker and getting the ball 50 % of the time. Even though the attacker is getting closer to the goalkeeper. They cannot get a 1v1 with the goalkeeper in these situatyions most of the time, because he catches them up. I got him untradeable, but I think if I had enough money to spend on a LB I would probably go for Ricardo Pereira.

I have used him for 2 weekend leagues and division rivals.

So I was in the middle of my champs weekend, and was headed for gold 3, which I got, however, I was being exposed on the wings and lost many matches I was ahead in due to a counter - attack down the wing, especially where SH 89 Mendy was - he felt way too slow and his medium defensive work rates meant he felt non - existent for me. This led me to looking for a full back with high defensive work rates, as TOTS AWB has (my RB), and I found the beauty that is SS Pereira - he is fast, tracks back, watches runs, is strong and consistently wins balls off players, the dream LB

Pace: He is rapid, catches FS James, RTTF Kent, the likes, never been a problem and is very reliable, especially with an anchor, which I use 9/10

Dribbling: Not great for attacking and runs on the outside, but good enough to turn out and get a pass or clearance off - never been a problem, especially helped with the good composure 7/10

Shooting: Not had much experience with shooting, and its not very relevant N/A

Defending: Near impeccable, any lunge is near impeccable and almost always wins the ball, only complaint is he tends to give away fouls more often than other full backs, but a free kick every now and then is a worthy sacrifice for what he provides IMO 9/10

Passing: Reliable, simple short passes are accurate and safe enough to play out from the back, don't expect long curving pings in behind the defence though 7/10

Physicals: He is a bit weak, but his aggression is good enough that he is strong in challenges and wins balls, great stamina too, I would recommend boosting it though, sentinel or anchor recommended 8/10

After doing the Shapeshifter guarantee and for a split second thinking I'd packed Ronaldo, I wasn't too disappointed with Ricardo Pereira who at the time cost the same as I had spent on the SBC. I slotted him right in the team, replacing Ferland Mendy.

Straight away it was weekend league, so Ricardo was shoved in at the deep end. After a shaky first 10 games, I went 5 games without conceding and Ricardo and Pique on the left side of my defence was largely to thank. Being left footed was a massive advantage and he had the physical dominance over smaller wingers such as Dan James, but would get absolutely bodied by Adama, just like every other player on the game. However, after this, the cracks really began to show. While having a strong weak foot on paper, Ricardo is incapable of even completing a 5 yard pass to one of his teammates on his right foot, which has ended up costing me a lot of goals. His shooting ability is dismal, not even being able to put away back post tap ins and despite my player instructions, always seems to overlap my LAM which leaves me weak at the back.

Overall, 180k for a left back is quite a lot and there are many better PL options such as Robertson, and Ferland Mendy for 4k is still an absolute steal.