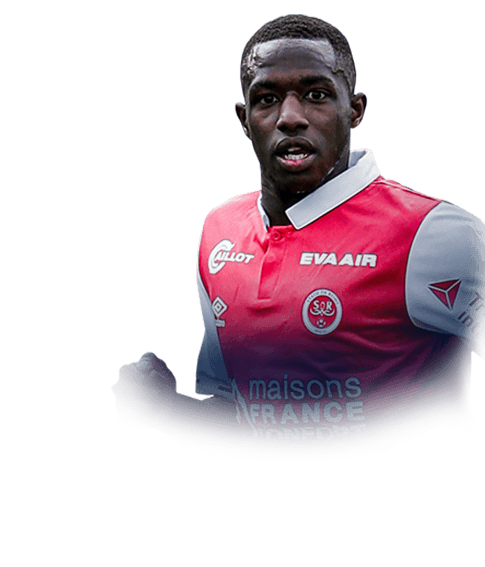 -
Sub out
Upcoming Matches
P. Chemistry
Squad chemistry
ST
78
RW
84
LW
84
CF
83
RF
83
LF
83
CAM
84
CM
84
RM
85
LM
85
CDM
85
CB
80
LB
85
LWB
86
RB
85
RWB
86
Reset
Basic
Sniper
Finisher
Deadeye
Marksman
Hawk
Artist
Architect
Powerhouse
Maestro
Engine
Sentinel
Guardian
Gladiator
Backbone
Anchor
Hunter
Catalyst
Shadow
Comments
Reviews
0
/600
Update my avatar Dos and don'ts
Top Rated
New
Controversial
Show comments
Top Reviews
Only logged in users can submit a review
A review must be written in English
At least 200 characters are required.
Compare this player to other similar players you have used(optional).
If you import your club to FUTBIN or send us an image with the player data(fill the form below) your review will be marked as verified.
Include what you liked about the player in the pros area and what you disliked about the player in the cons area.
Your review will be manually checked during the next 24 hours.
Chem Style Used
Formations
Position
Rate Player Base Stats (1-10)
Pace
5
Shooting
5
Passing
5
Dribbling
5
Defending
5
Physicality
5
Most Used In:
Submit Review

5.0
Almost the best LB in the game
20 users liked this review

Soo I tried out this guy because of lack of French left backs. And honestly he is the best of them.

He was really like one of the best left backs I have tried in the game, I tried Theo hernandez in the spot before, and he is so bad.

in general i havent come to terms with many of the higher rated players in that position.

I switch teams all the time, so I tried most of them, Prime Moments Carlos stands out. Along with this Guy and Winter refresh Schultz.

I played this guy with Sentinel on him, which really makes him an awesome Left Back.

His dribling is one of the best I have tried on a fullback, like a ToTY Kante.

His pace is great, never thought I needed more.

His defensive position and the way he fought for the ball, was amazing with the agility he has, you would always get there.

Fight for the badge

One chemistry style away from perfection

You need a Sentinel on him

More streng would be nice, but he still always got the ball.

Needed a Ligue 1 left back after spamming the premium Ligue 1 upgrade packs and packing a bunch of the players. Thought his stats were a little subpar but the pace and dribbling were good enough to give him a try. My playing style often uses the left backs in overlaps more than the right backs, and for example, gold Mendy gave me a goal contribution every 3 games. This guy (with a more stacked team) has contributed 6 assists and no goals through 31 games, which isn't terrible, but is definitely the weak link in the team. I must admit I run him up and down the wing all game, but he's often one of the players I have to sub off by the 70th minute. The passing and dribbling are both decent enough for the team, but the combination of the seemingly false pace stat and stamina kinda kill the card for me.

Defense and PHY are better than stats suggest