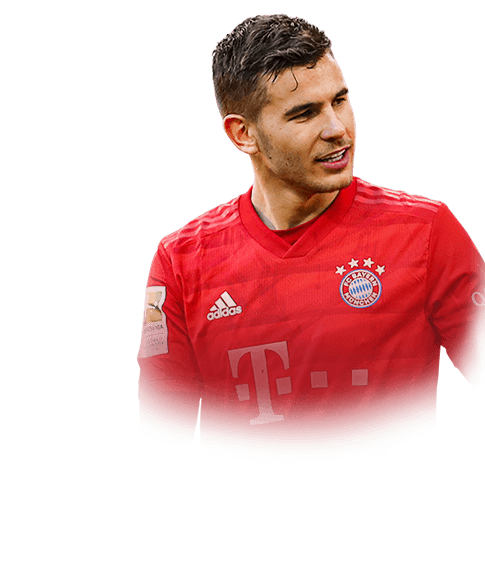 so i used the gold version of this card at the start of this game and it was something else he has 80 plus pace on his gold card and is nice but for this stage of the game you need a better version of the card since he's been out due to injury and a certain virus unless they do what the premier league is doing hes not going to get an in form and I wanted a squad and I have some untrades so I picked him up played him with FB Neuer Hierro davies and wan bissaka really solid defense you might be scared of the 5-star skills and the high/high but he's ridiculous fast and you can rainbow flick the attack forcing your opponent to cry himself to sleep then die of embarrassment hes scored 2 goals in 42 games he got me to gold 2 and one of those 2 goals was a skill run yes a skill run hes the fastest CB you'll ever use his agility and balance is really good yes he will make the occasional run upfield but it's not terrible he gets back quickly.

Heading but the games broken so

I loved his 84 rated card. Bought the OTW when it came out and used it until this card came out. I've never liked a base gold card so much. He even made my team over 85 Ferdinand. So when this card came out, I knew I had to get it. It was a great choice. He was a little slow in the first few games I played but after like 3-4 games he really clicked into second gear. Since then he has been playing incredible. He has saved me countless goals and won me weekend league games. I also love the card design. The badge, flag, dynamic image, and card design all blend to create a very satisfying card.

Really good card for cheap! I think he's better than IF Varane. I used him on RCB, with Kamara on LCB. He's much better than Kamara, because of his really good feeling phisical. Great card for only around 100k. (packed him untreadable:-)