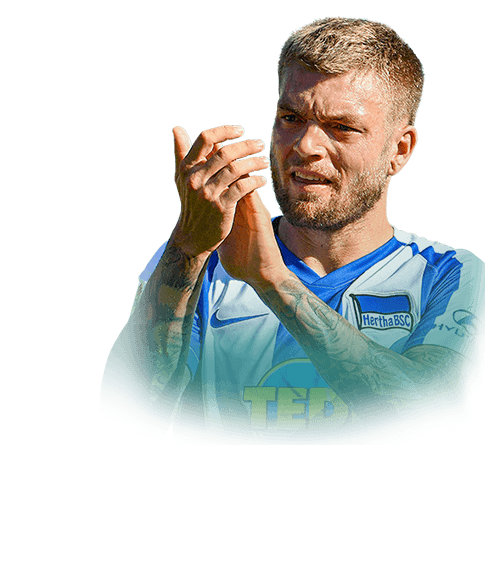 Esswein is for me a really good player he is really fast and he has a massive shot. When he is in distress he can use his power and can make himself a good postion to strike. you can use him as a striker and as a CAM and also as Winger so you can use him in every offensiv position

I have chosen Alexander Esswein in the player pick sbc we got and I can say I would not swap him out for Gervinho. I play him at striker in a 4-2-3-1 with a sniper chem style. I most admit when I did the sbc my thought was that he would be a good supersub for my team and nothing better than that, but he has become the main man for me. his finesse shot outside the box is the most glitch shot I ever used. 8/10 times you will score from that shot and the other 2 times you will get a corner. No one will knock him of the ball with his 92 physicality and when you add a sniper on him he will become one off the fastest dribblers as well. He is even a fantastic defender at the st position and often take the ball of centrebacks. A fantastic passer aswell even though he only has 13 assist in 26 games.

Finesse shot outside the box

Defending at the st position.

This is my first review and I'm brazlian, which means my english is bad, so take it easy :)

In the begin I used him in a 4-2-3-1 as a RM but he was quite bad in this position, so my friend told me he was pretty good at CDM, then I decided to use him in 4-2-2-2 with prime Guardiola and Guardian chemstyle, I have to tell you that my friend was right. Esswein is amazing because he is awesome at defending and also helps A LOT in attack with 10 assists and 4 goals in 14 games, which is pretty good for a CDM.