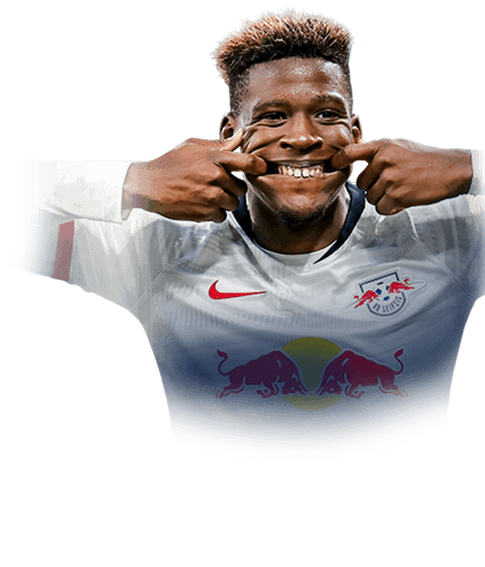 6
Sub out
Upcoming Matches
P. Chemistry
Squad chemistry
ST
71
RW
78
LW
78
CF
76
RF
76
LF
76
CAM
78
CM
82
RM
81
LM
81
CDM
87
CB
88
LB
88
LWB
88
RB
88
RWB
88
Reset
Basic
Sniper
Finisher
Deadeye
Marksman
Hawk
Artist
Architect
Powerhouse
Maestro
Engine
Sentinel
Guardian
Gladiator
Backbone
Anchor
Hunter
Catalyst
Shadow
Comments
Reviews
0
/600
Update my avatar Dos and don'ts
Top Rated
New
Controversial
Show comments
Top Reviews
Only logged in users can submit a review
A review must be written in English
At least 200 characters are required.
Compare this player to other similar players you have used(optional).
If you import your club to FUTBIN or send us an image with the player data(fill the form below) your review will be marked as verified.
Include what you liked about the player in the pros area and what you disliked about the player in the cons area.
Your review will be manually checked during the next 24 hours.
Chem Style Used
Formations
Position
Rate Player Base Stats (1-10)
Pace
5
Shooting
5
Passing
5
Dribbling
5
Defending
5
Physicality
5
Most Used In:
Submit Review

Right, where do I start. I have never written a FUTBIN review before but I thought I would just share with the FIFA community how good this card is. I use a mainly french team with a bit of a bundesliga and ligue 1 hybrid so this player was perfect. My CB partnership before this card came out was 87 Inform Varane and 88 FUT Birthday Hernandez which was very good in itself. When this card came out i didn't buy it straight away as I thought his price would drop but it rose and I'm sure if you use this card you will understand why it rose. As more people understand how good this card is the price will rise even more so i recommend getting your hands on it ASAP. Anyways, I swapped this card for 87 Inform Varane as I wanted a left foot, right foot, centre back partnership. The card might not look like one of the best CBs in the game but believe me, HE IS. I slapped a shadow on him as his physical is more than good enough in my opinion. I have only played a few games with him as the card only just came out but he has not put a foot wrong for me.

So many to list, I have this card on normal interceptions however he can be quite aggressive with them without you asking him to be but don't worry, this is a good thing as with 99 interceptions after a Shadow he takes the ball EVERY TIME. I don't use slide tackle that much but his stand tackle is the best i have ever used, just dive in with him with the standing tackle, he gets the ball 90% of the time. Although there is no physicality boost on him through the anchor, his stamina is still brilliant and feels more like 90+ in game. He can very easily muscle off an opponent grab the ball as if it's as simple as walking and get the pass off which brings me onto my next pro, his passing. I very rarely dribble or make long balls forward but this guy I trust to do so. He can very easily dribble past your opponents STs and CAMs and get the pass off releasing your fast strikers. This brings me onto my next point - pace. In game with a shadow he has 99 Acceleration and 98 sprint speed. It doesn't feel like this in game but more like 96 which is still more than enough considering the strength as well which feels like a 97 in game instead of the 93 on his card. Also last point, don't worry about his medium defensive work rate as it feels very high to me.

If you shoot from long range with your CBs you might find he can't do that. Also not incredible in the air as only 6"1 but still gets the job done most of the time.

Nordi Mukiele Team of the Season So Far is the most versatile and complete defender I've played this year. EA managed to recreate the real-life Mukiele, who can play at CB and RB without any problems. I've bought him mainly because of another review on Futbin and it was a very good decision.

With Shadow chem style, Pace and Defending are neary maxed out and that's what you see on the pitch. He can compete with any striker I've met. He outpaced Mbappe and outmuscled CR7 with ease when he had to. Physicality is good too and doesn't require any upgrades. The biggest surprise was his dribbling, he handles the ball very smooth and does ball rolls etc. wihout any mistakes. If you really want to play him at RB, for example if you're forced to change formation ingame, he will perform great as well. As he still is a defender, just don't try to shoot with him and you'll be fine.

I really recommend to try him, especially when there is a potential perfect link TOTSSF Nkunku ready to be released next week.

I've recorded some WL games and cut out his best defending actions in a YT-Video, game play starts at 2:50 minutes.

I bought Mukiele 2 weeks ago, after monitoring his price non-stop. Bought him for 215k. And I can confirm he's 100% worth that amount of money (250k on XBOX now) He's honestly got everything... I previously had Lucas Hernandez FB in my team (FB Sarr as my other CB) but he's wayyy better than Hernandez, apart from the skill moves - but that doesn't matter for a CB. I'd happily pay up to 450k for Mukiele, and he's easy to link now that Gulacsi, Nkunku and Upamecano have got TOTS. I'll break down all attributes now.

Pace 9/10 - Veryyy good pace for a CB, and catches up with most attackers. However it's only 9 because players like Werner TOTS, Aubameyang TOTS etc can beat him in a sprint battle.

Defending 9.5/10 - Wins almost everything... He would be ten, however his heading accuracy doesn't seem to be brilliant (but does that mater in fifa 20?)

Dribbling 8.5/10 - I don't tend to dribble much with CB's however his agility and balance seem good. He can turn quickly off the ball.

Physicality 10/10 - He outmuscles EVERYONE. (I have anchor chemistry style on him btw)