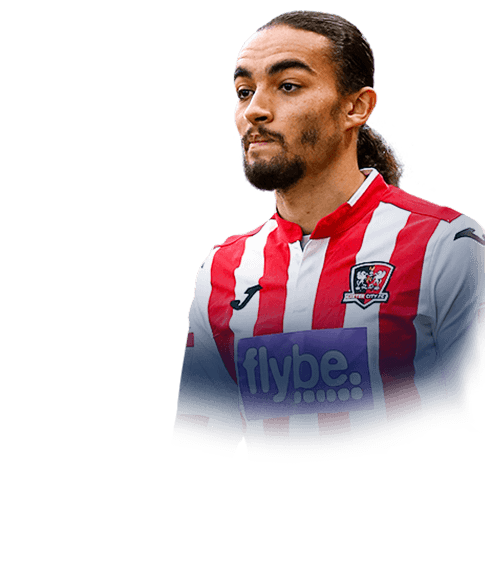 This card is brilliant. He has almost everything you want in a card this year. He plays RM in game with a marksman Chem style, and he is great.

93 Pace speakls for itself really. All you have to do is play the ball to him, then run. He'll outpace your opponent's defenders and make space easily.

Good shooting, if he ends up in the box he's likely to score, and, as I play him RM in game with a marksman, his shooting was as shown on the card after applying the chem style.

86 Passing is his actual passing in game, unlike some other cards which have mad face stats for passing, but underperform in game. In my opinion, he is better than 86 passing, which probably would be higher if he had better free kick accuracy.

Again, marksman chem style, so his dribbling goes up to 90 in face stats, but the three key dribbling stats, agility, balance, and dribbling, are almost maxed out, so feels smooth on the ball, and rarely loses it oddly.

Solid defensively while making tackles to win back the ball while attacking, and also while tracking back, he can be relied on to make a crucial tacklw when needed.

Stamina and strength are brilliant, and the card backs it up, but if you go on sprints with this guy he somehow hets exhausted pretty quickly, but recovers as quickly after relleasing the ball, so not a negative aspect.

I was somewhat miffed when I found this guy in my packs. What a blessing in disguise he turned out to be. Fifty matches in, he's convinced me he can be so much more than sbc fodder. I've set his runs to inverted and he is EVERYWHERE on the pitch. His speed has him blazing past the opposition and the high attacking work rate certainly helps going forward. And when he inevitably makes it to the final third, man does he set up a mean cross. This bad boy will give you assist upon assist, all game long. Inside the box he's far less stellar. Let's just say he won't be scoring bangers anytime soon. At least with 99 jumping and heading accuracy stats, you'd think this guy would basically be a kangaroo. WRONG! His height really holds him back: great heading potential is no use if he can't reach any headers. And even when he does win the odd areal contrast, headers are broken in this game anyway. His defending isn't anything to write home about, but he wins one on ones often enough for it not to be a problem. All in all, he plays going forward than on the defensive. He might not be the most exciting card, but he's tots worthy for sure.