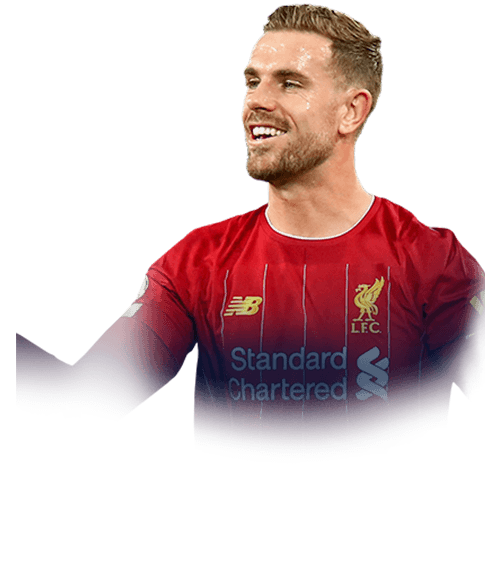 Some context to this review - I'm a pretty average FUT player - I finish gold 3 in WL (and thats not through choice). I also support Man U so please understand my pain of writing this honest review.

A few days ago I came across a comment for Fut Birthday VVD asking if he would save someones weekend league - I said probs not, he's good but not "Save your weekend League" good.

Henderson is "Save your weekend league" good.

I was previously using prime Veron as a CDM in a 433 formation alone side prime Keane from icon swaps and SS Mahrez. Both CDM's are good but not "Special" and I've been looking to upgrade for a long time. I tried out TOTY KDB and as much as I liked him (bought and sold him about 4 times in total) I could never justify having a 3 million coin player in my team when I could "Spread the wealth" more evenly and upgrade about 5 positions for the same price.

Well Henderson is the answer - a budget TOTY KDB!

The difference between this card and TOTY KDB is the 3*3* (when playing as a CDM) that's about it! (I do miss the cheeky rainbow flicks)

I've said in the past that Prime Veron's shooting stats were a lie, he would get through on and always bottle it, Henderson's really nice in front of goal. Yes you do have to get him on the strong food when outside the box but generally he is a consistent goalscorer and with instructions set to balanced, he does support the attack nicely!

He does the job, 6", strong, agile(ish) and with good positioning he collects the ball as often as Keane and the real joy of Henderson is that he knows what to do with it afterwards! His passing and general "ownership" of the midfield is very noticeable.

If you want someone who can do it all and don't have a credit card (or the pack look of a youtuber) then look no further! This guy can save your weekend league!

Consistent in front of goal on strong foot

Doesn't play for Man U

First of all, I dont understand the little price and hype there is around this guy. Phillips are still being hyped. I guys the name "Yorkshire Pirlo" sells better than a guy, I as a huge henderson fan, has waited year for. But if I had to compare him with a guy, it would be Phillips, same WF and Skill, which for me is the only "problem" with both cards. Well anyways, I had to try this card. I am trading a lot and are in general not into buying players I dont think will raise in price over a short period, but with Hendo I made an exception.

My review could be bit colored by me being a big fan og Liverpool and him. But honestly he is very very good, I am hard to please with midfielders. he is the first complete package midfielder who lives up to the task in all categories. The biggest standout for me was his passing, I have tried players with better physical, higher pace, better shooting, dribling and so on. But is Passing is the best I have tried in this game, its amazing. He has it all really I didn't hate any part of his game, but the Passing still stood out.

he was playing L CDM next to Firmino as my more attacking CDM.

Fighting for the Badge

If you want an all round midfielder but can't afford TOTS Phillips, look no further.

First of all, he bosses the midfield.

Second of all, he get links with Prem players.

I did the PL upgrade SBC which has expired. I packed TOTS VVD, TOTS Robertson, TOTS Alexander-Arnold, TOTS Adama and TOTS Henderson.

HIs passing is unexplainable

His shooting is underrated

HIs defending is insane

Overall he is stunning

I put an engine on him to improve his agility, his balance, his pace and to boost his passing to the max.

His dribbling is brilliant.

His passing is as good as KDB.

HIs pace is not insane but it is decent.

There are no cons. He is INSANE.