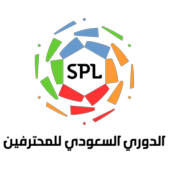 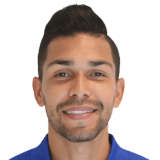 Well, i didnt had any intention to buy this card, but i got him 2 times untradable, and since i'm going for a Saudi / Ligue 1 Hybrid, i decided to give him a go.

The card is underwhelming, especially at this stage of the game, i've played him alongside Bakayoko futmas, as a cm in a 442 with balanced instructions.

I was pleasantly surprised, yh his passing isn't the best, he's not a guy i would trust to control my miedfield on himself, he ain't that great with the ball at his feets but he actually defends pretty well !

His 91 interceptions coupled with his amazing agression makes him feel like a walmart kanté at times, his maxed out stamina will make him run for the whole game, and he positionned himself kinda aggresively at times for a med/med player ( in a good way ).

He kinda feels like a more steady Futmas renato sanches.

He's obviously not that great of a player at this stage of the game, but since i was pleasantly surprised by him, i decided to write him a review before benching him for anselmo.

He scored 2 beautiful finesses on one match, but i guess it was more EA at work rather than his 66 curve. He did miss some really easy goals on a more regular basis.