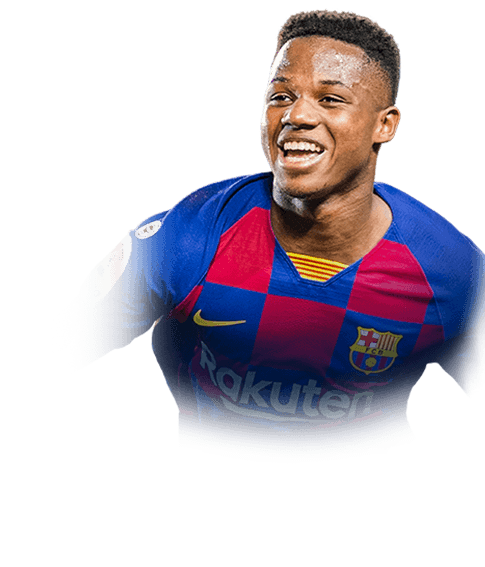 -
Sub out
Upcoming Matches
P. Chemistry
Squad chemistry
ST
86
RW
89
LW
89
CF
88
RF
88
LF
88
CAM
88
CM
81
RM
88
LM
88
CDM
64
CB
55
LB
65
LWB
68
RB
65
RWB
68
Reset
Basic
Sniper
Finisher
Deadeye
Marksman
Hawk
Artist
Architect
Powerhouse
Maestro
Engine
Sentinel
Guardian
Gladiator
Backbone
Anchor
Hunter
Catalyst
Shadow
Comments
Reviews
0
/600
Update my avatar Dos and don'ts
Top Rated
New
Controversial
Show comments
Top Reviews
Only logged in users can submit a review
A review must be written in English
At least 200 characters are required.
Compare this player to other similar players you have used(optional).
If you import your club to FUTBIN or send us an image with the player data(fill the form below) your review will be marked as verified.
Include what you liked about the player in the pros area and what you disliked about the player in the cons area.
Your review will be manually checked during the next 24 hours.
Chem Style Used
Formations
Position
Rate Player Base Stats (1-10)
Pace
5
Shooting
5
Passing
5
Dribbling
5
Defending
5
Physicality
5
Most Used In:
Submit Review

Hi everyone, i did this card because it looks insane, aaaand well it is insane. He is maybe the best LW in terms of passing the ball, he never misses a pass NEVER.

We don't even need to talk about the pace, you probably already know his fast as F boiiii.

A really good LW one of the best in my opinion.

He's dribbling is good but not out of this world just because he can feel a little bit clunky but that's maybe on me but overall the dribbling is very good.

Pace is out of this world

You will probably not miss any shot.

Agility and balance are sick.

First thing first, this card may be the best winger in La Liga. Forget that, he IS the best winger in La Liga. His shot has better curves than a spicy Brazilian babe on a hot beach during the summer. I know all about that lol. Anyway back to the card, he is quite literally the kryptonite to Van Dijk. He is the only player that has ever shown Big Daddy Virgil who's the boss (kinda ironic considering he's still a teenager). If your weekend league opponent makes ANY type of mistake, he'll cling on you faster than my lonely teacher does at night, but he'll capitalize too. All jokes aside, do this card faster than I do my pillows.

His price will mean that others will have him too.

So first of all, i needed a new left winger for my team. I had basic Mané and i wasnt really happy with him. So i did this sbc... And it was worth every coin that i spend. I tried him on left cam in 4231. He was really good, but i felt like he could be even better, as he lost a lot of balls due to his low strenght. So i swapped him with 88 Raul to central cam and ooohh boy. His first touch is amazing, he always is on the right place in the right time. His pace is on different level. From my feeling, players dont expect him to be that fast and agile. He just turns around and is 1v1 with a keeper. His passing is really good, but his finishing is even better. I was quite scared about his strenght but for me it doesnt really matter. From about 25 games ball always bounce to him no matter of his strenght. Sometimes you feel he is weak, sometimes you dont. But for me, it is one of the best cards i have used this fifa. If you can get him in a team, get him. You wont find better winger (or cam) for that price.