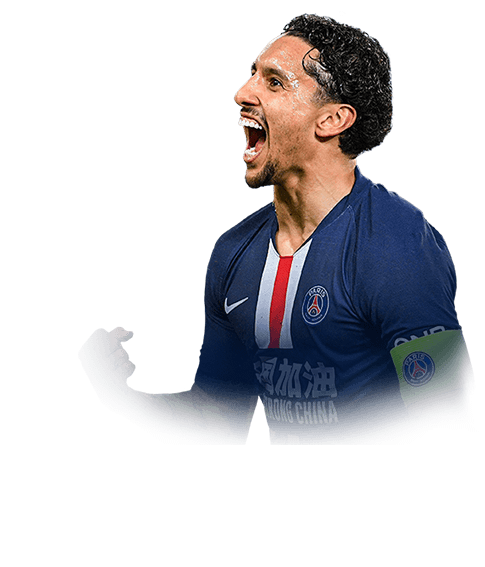 His real-life stats are currently 1 goals and 0 assists in 9 matches in domestic competition. He also received 0 yellow cards and 0 red cards.

This is my Marquinhos review. I saw some people wanting a review so here it is. So, I got him and Savanier in rewards on Thursday. He is fast, strong and a boss at defending. He can keep up with basically anyone. His acceleration is fantastic and is rapid over a distance too. I replaced flashback Ogbonna with this guy so Ws all round here. He is much better than Ogbonna. Way faster. I put a Shadow on both cards. His jockeying is brilliant for a CB. He is extremely agile. He has perfect passing. His defending is spectacular against all kinds of strikers. He is strong, wins lots of headers and is good at jumping. He never runs out of energy.

Hi guys, QJ here. I bought Marquinhos basically for Thiago Silva's Chemistry, however he has been quite surprising.

His pace with shadow is outstanding, he can easily catch up with attackers with high speed, also his dribbling stats is quite good for a cb. No need to talk about his defending, they are out of this world and in term of Physicality, at first I thought he maybe a little weak, but the outcome is he will never get bullied by strong attackers. In summary, he is a cheap beast for those who have brazilians or ligue 1 players in their teams.

Strenth(sometimes when ea wants you to have some fun, you know what I mean:))

Not a game changer but solid

I decided to buy him because of the review calling him Opara V2. I had Opara and he is 100% the best CB on the game. Marquinhos, in comparison, is clunky as shit and significantly weaker due to his low strength and short stature. He is a decent CB, but he is not an Opara esque CB.

Gets bodied by everything