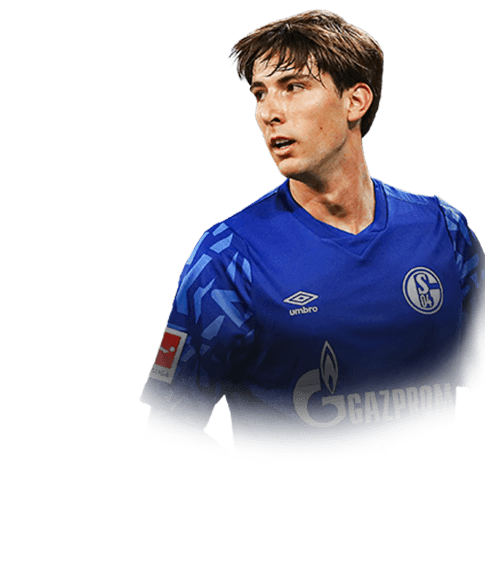 When the new season came out I was really disapointed at the new players but looking at this 88 Miranda and using him in futchamps he was actually quite good, not as good as Davies but he is the 2nd best LB in the bundesliga and if u cant afford Davies and your looking for a bundesliga LB he is your man. He has a great interception reach being 6'1, he feels quick and is free. Best chemistry styles are Engine which i gave him Anchor and Shadow.

As a user of a Bundesliga squad who isn't sold on TOTSSF Alphonso Davies as the best possible option for an endgame LB, largely because he wasn't as responsive on the ball I would have liked after using NIF Nico Schulz and SIF Phillip Max at LB prior to TOTS, I was excited to try out Storyline Miranda as an alternative. Since I was trying him out as an alternative to my untradeable Davies, and I assume that is the choice most players will be making, this review is a head-to-head comparison between the two.

I used Catalyst as a chemstyle because I value pace and passing most in my fullbacks; I 've tried both powerhouse and artist on Davies. I mostly play 41212(2) mixing up counterattacking and possession; I don't skill and largely rely on passing to keep possession and try to open up my opponent's defense.

Pace (9.5/10): With catalyst, Miranda has 98 pace - 97 acceleration and 99 sprint speed, and he feels like it. Compared to Davies's 99 acceleration you can notice that it takes him a moment longer to get up to speed and catch an attacking winger when he gets forward, but he definitely shows his 99 pace once he is up to speed. On attack, he is noticeably faster on the dribble than Davies. Marginal edge to Davies, although I prefer Miranda's pace on attack.

Passing (10/10): While Miranda's passing stats are lower than Davies across the board, except a marginal edge in crossing, Miranda's passing seems much crisper than Davies in every respect. Every pass goes where you tell it to. Thanks to his 96 positioning (Davies is 82) he is always where you need him to be for an open pass when you are trying to keep possession. Strong win for Miranda. One of my favorite attacking plays with my Bundesliga squad is bombing lofted throughballs to my fullbacks with Hummels, and the 96 positioning has meant that he's always right where Hummels's pass lands and he doesn't run offside.

Dribbling (8/10): Miranda feels much more controlled on the ball than Davies, especially at top speed, even without a chemstyle to up his supposedly inferior dribbling stats. Although I don't skill, I docked Miranda for his 2* skills. Personally, I don't think skills make up for Davies's clunkiness on the ball and give a decent edge to Miranda.

Shooting (N/A): I largely don't shoot with my full backs this year. Davies has banged home a couple goals for me when given the opportunity; I don't trust that Miranda would with his 61 shooting and 3* weak foot. Edge to Davies.

Defense (7/10): I largely use my fullbacks to track down wingers and muscle them off the ball or keep them from cutting inside. For me, this is the job Davies was built for, and his strength and acceleration give him the edge. On defense, Miranda does the job; he gets back, and despite his 72 strength, his 92 tackling lets him body wingers off the ball, and he tackles well enough to do the job. Davies has a strong edge in this category and I would definitely stick with him if I prioritized keeping my fullbacks back or played with a formation like 442 or 4222 where I had midfielders providing width on attack.

Overall (8.5/10): Miranda is exactly the player I wanted him to be, a Bundesliga LB whose strengths are providing pace, positioning, and passing on offense while being capable enough on defense to justify keeping him in the squad. There are definitely better defenders, like Davies, at his position; there are probably better attackers there as well, but he is a really fun player on the attack who comports himself well enough to justify using even at this point in the game cycle. If you have Bundesliga or Spanish links in your squad and like to use your fullbacks to set up your attack he is definitely worth trying.

Smooth and in control with the ball

Defense compared to other endgame fullbacks

to br quite honest he is not worth the 2 week grind whatsoever. his pace and dribbling are very average for a fullback, his passing is not good enough and hes extremely weak. the only positive is his high defensive stats but they dont mean much when wingers are stronger than him.