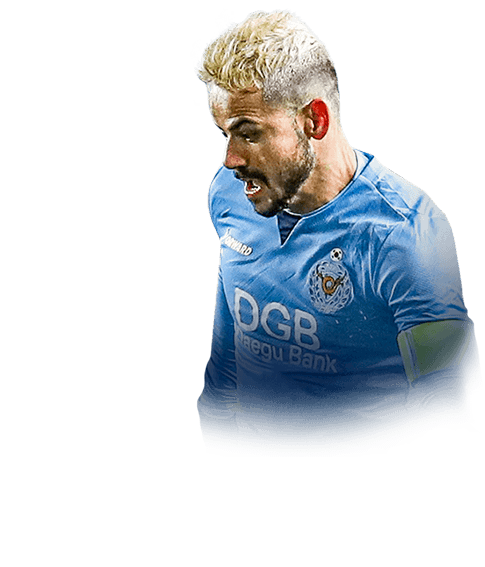 Sorry guys this is my first review so pardon any mistakes you see.

This year I haven't really had the privilege of great attacking talent in my team, with my guaranteed totssf pulls getting me absolutely nothing usable and me being unable to grind Fifa for any great cards. I was lucky enough to get this guy in my red picks after a disastrous weekend league and at the time, I was chuffed with his card. A 4*5* Brazilian player automatically gives you a bit of hope; and he still does. Cesinha is most definitely one of the most undervalued cards in the game imo, with his league being a major deterrent.

His pace was great with the engine chem style I used on him, not exactly Kent or adama pace but good enough to make opponent defenders sweat. In short bursts, this guy has a 1v1 sorted. His dribbling felt very good in game, but he felt ever so slightly clunky. Comparing him to Matheus Pereira who I used for a while, his left stick dribbling isn't always great but definitely works well around and outside the box. His 4* skills are very handy for getting out of tight spaces, but not being too much of a skiller, I didn't rainbow flick or el tornado my opponents 99 van dijk too much. His shooting is by far the best aspect of this card, with great shot power and finishing stats well complemented by his 5* weak foot, making him able to shoot from nearly anywhere. Once or twice he did miss a few chances, but nothing too serious here. His passing also feels quite smooth, although I felt a slight lack of curve sometimes didn't help his cause. For the free-kick takers, there's definitely worse, but I wouldn't expect Messi-esque set-pieces from him. His defending is largely irrelevant if you're playing him anywhere attacking, but I would never recommend playing him as a box-to-box player. His physicals are quite nice, meaning his strength allows him to hold his own for the most part and his jumping winning your few cheeky headers. His stamina doesn't always feel on point, but he lasts the 90 minutes comfortably.

Overall a great card, good value and great nation for links. For the price you would struggle to find alternate solutions, but if you do have more money after the summer heat promos drain your club, you could splash more cash and buy another, possibly more meta card.

-Pace: He feels very quick on the ball nothing more to say (like gucci)

-Dribbling: He is very very smooth on the ball and does not make any mistakes with the ball,also very agile (like gucci)

-Shooting: his shooting is good,but not top tier shooting like R9

his long shots are top tier but not his finishing, it is still very good,good enough for this stage in the game.

-Passing: Good but not like TOTY KDB which I also have in my team

-he is the baby Version of Gucci FUT Birthday

smooth one the ball and agile

quick on the ball

Shooting 10/10: scores absolutely every shot with a lot of power.

Passing 9/10: very accurate, quite powerful, but not perfect.

Dribbling: 9.5/10: not as good as Neymar, Vini and Trezeguet but better than Firmino and Renato Sanches.

Inside the goals to games is roughly 30 goals in 30 games of WL.

I will be selling him to try out Promes and Van De Beek. I will put reviews of them up around the same time next week.

(This was with an engine chem style on 10 chem, though he would be fine on 8).

all attacking stats and Physical.