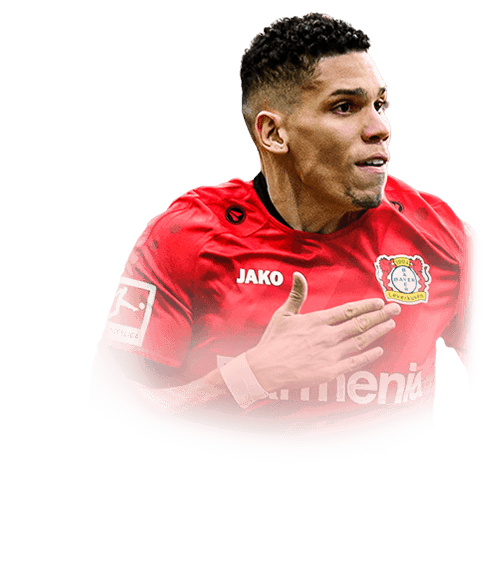 Ok so kick things off, what the hell is this whole "lets upgrade his stats but leave the overall rating as it is"? In my opinion this against the whole purpose of ultimate team, but with EA being EA there should be nothing that surprises me anymore.

The important thing: he is usable and the price is fair! In detail: according to the stats he should be fast, have pretty responsive dribbling, should not be easy to push off the ball, have a decent shot which should be perfect if upgraded with the right Chemistry Style. InGame I have to say he is not crazy fast, but fast enough. The dribbling was not too responsive for me, but that could be a thing of the gameplay being what it is (servers screaming in agony). His shooting is clinical, since I used a Deadeye to start with, but what really disappointed me was his physical presence: the guy has 97 strength, but feels like a plastic bag in the wind, how can that be EA!? As mentioned above the gameplay was very poor so I switched to a Marksman to futher improve his dribbling, which made him feel at least a bit more responsive.

The one characteristic that really makes him shine are his runs: I played him as a left CAM and he constantly cuts inside, which is a great trait, since he not only opens up spaces for other players, but also gets in the right position for thos near post strikes, which are the most secure way to score, I guess we all agree on that. You can also use him in 442 as the right mid to get past the defender and cross the ball, he did a decent job there too.

Overall he is good and usable player with nice brazilian links, but at this point in the game there are just too many other options. I recommend doing him, if you need that Bundesliga/Brazil links or are a Bundesliga/Leverkusen fan.

If you liked this review and want to get the latest player reviews, predictions, team building and much more be sure to visit _futprof on Instagram. We are a rising German ultimate team guide and appreciate every tiny bit of support we get! :) Thank you and have fun with Paulinho!

Physically not present (even though he should!)

Hello guys,Deathmatch is here and this is my review on this really amazing Paulinho`s card.When I saw his SBC, I thought it was a joke.74-rated with stats better than rare Messi,Salah and Sterling.Good joke,EA.Only for fun i did his SBC and played few games.

And,surprisingly,he is a real beast on the field.Even my POTM Messi went to the bench.Almost all his stats are true and it was a pleasure to play with this card.I`ve never scored so any goals with 74-rated card.Paulinho made my day.It's been a long time since I've played FIFA with such gusto.I like this card very much.

Don`t notice his rating.This is a stupid lie.You can watch this video to understand it https://youtu.be/RIGtJxEd2js .I scored a lot of beautiful goals with 74-rated card,hahaha.

Passing 8.9/10.He can make any pass without straining too much

Dribbling 9.8/10.The best card of this card.After him Messi was heavy for me.

Physical 8.5/10.97 strength is a lie,but his physical is ok.Stamina is more than enough