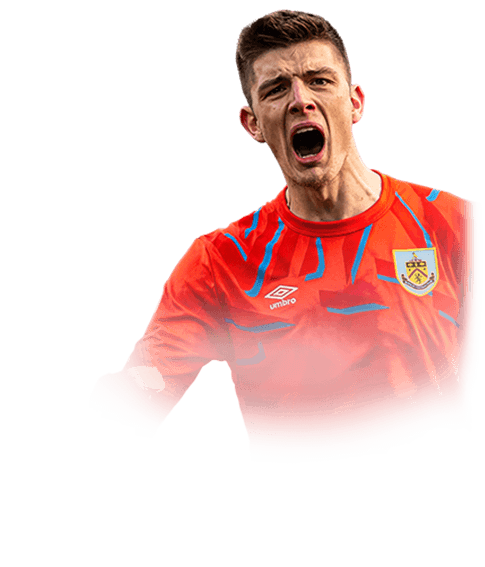 This year, I've used many goalkeepers but Pope is the best by far. His reflexes are out of this world and he saves so many shots. I've never seen a keeper go to ground so quickly or be so consistent with their diving. In 10 games, Pope was consistently getting 8+ saves per game and won me so many matches. He feels really strong and of course is 6'7 so physically he's amazing. The 5* skill moves are really fun to use now I can sombrero flick Ben Yedder. This card is free but I'd happily have paid 150k+ for him. So worth your time this took me just over an hour to obtain him!

Diving (even in top corners)

Speed when running out of goal

6'7 so plucks balls out of the air with ease

5* skill moves are really fun to use

Possibly strong links? But icon/premier league CBs will do the trick

Simple he’s really good. Tried him out for 2 games and stopped some bangers

Since this is a goalkeeper and everyones been using the same 4-5 goalies all year long I did not want to write a review at first, but WOW this guy is a reaaly nice goalie and a serious option if you wanna try something else!

With his height he is super massive in game, which is a great thing for a GK obviously (poor tiny Sommer, you could have been so good...). Also hes got the "saves with feet" trait which is a notable thing to have in this game! What I like the most about him, is this one special move he does when the opponent gets very close, that animation saved some shots I was 100% sure would go in.

Since hes free just pick him up and try him out - if you like him, welcome to the pope fan boys and if not just throw him in the next sbc, win win :)

If you liked this review and want to get the latest player reviews, predictions, team building and much more be sure to visit _futprof on Instagram. We are a rising German ultimate team guide and appreciate every tiny bit of support we get! :) Thank you and have fun with Mr Pope, the Kraken himself.