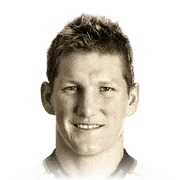 -
Sub out
Upcoming Matches
P. Chemistry
Squad chemistry
ST
84
RW
85
LW
85
CF
85
RF
85
LF
85
CAM
85
CM
84
RM
85
LM
85
CDM
79
CB
73
LB
77
LWB
79
RB
77
RWB
79
Reset
Basic
Sniper
Finisher
Deadeye
Marksman
Hawk
Artist
Architect
Powerhouse
Maestro
Engine
Sentinel
Guardian
Gladiator
Backbone
Anchor
Hunter
Catalyst
Shadow
Comments
Reviews
0
/600
Click here to verify your account in order to comment Update my avatar Dos and don'ts
Top Rated
New
Controversial
Show comments
Top Reviews
Only logged in users can submit a review
A review must be written in English
At least 200 characters are required.
Compare this player to other similar players you have used(optional).
If you import your club to FUTBIN or send us an image with the player data(fill the form below) your review will be marked as verified.
Include what you liked about the player in the pros area and what you disliked about the player in the cons area.
Your review will be manually checked during the next 24 hours.
Chem Style Used
Formations
Position
Rate Player Base Stats (1-10)
Pace
5
Shooting
5
Passing
5
Dribbling
5
Defending
5
Physicality
5
Most Used In:
Submit Review

I loved watching Bastian bossing the midfield for Bayern and Germany in his prime. This 87 card is from the 2006 world cup bronze final against Portugal when he banged two long range shots into the back of the net. This card has to be one of the most underated base icons. He starts as a LM but can easily be changed to midfield ingame. The one thing you get with this card that the mid does not give is PACE. Oh my, with a shadow he feels rapid in the midfield. I am playing him as the box to box midfielder in the 4231 and he can do it all. He has really good longshots, good pace, good passing and decent defending. He does not get caught out of position in defense and makes great runs going forward. All the games have been played in Div 3.

Nothing really stands out for cons

I needed a winger that could play at CDM, so this new Batian Schweinsteiger looked like a machine, so I obviously bought him. Played him at both CAM and CDM, but he feels miles better at CDM. CAM at a 4-2-3-1 (2 goals 5 assists in 4 games) and CDM at a 4-4-2 sencond variation (6 games 1 goal 3 assists). He doesn't feel cluncky at all, he's actually quite agile, not like Messi or Neymar but still good. Fantastic longshots, some of the best screamers I've scored this year. Great long passes but that's pretty much it for the passing. Okay pace and defending, but insane physicality! He was an absolute tank but that 70 defending still feels like 70, even with a shadow. Overall a very fun card to use and he's defo worth the coins!

Welcome to transfer banned FC. Where I have been transfer banned but instead of making a new account im doing a pack only RTG to say f*ck you to EA. In this episode of transfer banned FC I have pulled this card out of my 5th icon pack. Submitting half my club and grinding sbcs to craft this sbc I had mixed emotions about this card.

I run a simple 4-4-2 and Basty plays as my LCM alongside RTTF Zakaria. Previously I was using Baby Icon Xavi but due to his low defensive stats and height he wasnt what I expected.

Going into this with mixed feelings Bastian was ready to run my midfield. He is like Toni Kroos but with legs. His big bulky body dominates in the midfield, he reads play exceptionally and always manages to be where I need him.

Other than cover centre I have no tactics on him. His High/High work rates excel and his 88 stamina lasts him the entire game. Being such a well rounded card stats wise I was curious to see what would excel in game.

If you were to play him as a secondary CDM alongside a more defensive minded partner its the perfect combination. He doesnt have the defensive stature to play first CDM but as that wingman and secondary cover he is perfect.

His height matches for heading duels and his balance, agility and reactions really allow him to excel .

Now the craziest thing about this card is his right foot. That foot is crazy. I dont know what makes his shooting so insane, the 93 shot power, or 82 finishing or even the 91 longshots. Whatever it is his shooting it only of that compared to gods.

Being a LM sucks. Its not fun fitting him in. If you have him, dont turn him away, give him a try. He is best played box to box. He can manage nearly everything you want him to.