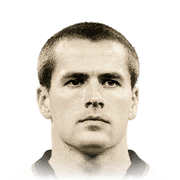 -
Sub out
Upcoming Matches
P. Chemistry
Squad chemistry
ST
84
RW
83
LW
83
CF
84
RF
84
LF
84
CAM
80
CM
70
RM
80
LM
80
CDM
54
CB
50
LB
57
LWB
60
RB
57
RWB
60
Reset
Basic
Sniper
Finisher
Deadeye
Marksman
Hawk
Artist
Architect
Powerhouse
Maestro
Engine
Sentinel
Guardian
Gladiator
Backbone
Anchor
Hunter
Catalyst
Shadow
Comments
Reviews
0
/600
Update my avatar Dos and don'ts
Top Rated
New
Controversial
Show comments
Top Reviews
Only logged in users can submit a review
A review must be written in English
At least 200 characters are required.
Compare this player to other similar players you have used(optional).
If you import your club to FUTBIN or send us an image with the player data(fill the form below) your review will be marked as verified.
Include what you liked about the player in the pros area and what you disliked about the player in the cons area.
Your review will be manually checked during the next 24 hours.
Chem Style Used
Formations
Position
Rate Player Base Stats (1-10)
Pace
5
Shooting
5
Passing
5
Dribbling
5
Defending
5
Physicality
5
Most Used In:
Submit Review

This is my first time writting a review. I am a division 1 player and my skillrating is around 1925. I am playing michael owen at striker with rashford in a 4-4-2 formation. My wingers are potm ansu fati and dembele. I was searching for an icon to make sure most players are on full chemistry. My budget was 310K wich allowed me to get Owen. Normally for this price most icons arent good enough to function in division one. That is the reason why i wasnt expecting Owen to be a game changer for me. I'll come back on that later.

First of all pace:

I use Owen with a hunter card. I would say this is necessary for him to actually be quick. If you play a through ball Owen is able to get through on goal and finish it. He wont be catched by defenders in this scenario.

When you buy an icon that plays striker you expect them to be able to finish most of the chances they get. Micheal Owen is a player who does this. His positioning is good and his finishing is good enough to be able to put away goals.

He isn't a great passer but he is able to play simple passes and keep the ball in possesion.

Dribbling: His dribbling isnt that great but it is enough to keep the ball close to him wich enables him to take a shot. Dont expect him to turn like neymar and messi because he wont. But he will make sure to keep the ball.

He is physical enough to keep players of him.

The reason owen is working for me:

The biggest mistake most people make is that they think that owen will change the game for them and be deciding in every single game. This is absolutely not the case. Dont try and dribble past defenders with him. Dont try and let owen be a playmaker like pirlo or xavi. U need to pass the ball to him when he has space to take a shot. If he doesnt have that space u can pass the ball to him but the only reason to do that is to keep possesion. When he is in space to take a shot DO IT. He will surprise you because he will finish a lot of the shots he takes. In conclusion the biggest tip I can give you for using him is to make sure he isnt the main man in your attack. He should only be there for finishing chances.